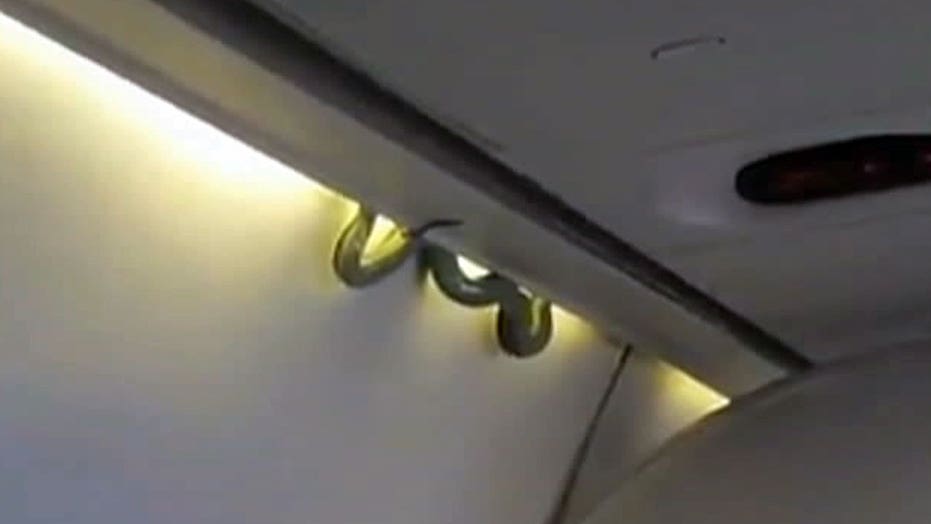 Once Samuel L. Jackson appeared in the Mideast hotspot of Dubai, it really was only a matter of time before another snake on a plane would turn up.

On Monday, Dubai-based Emirates said that one of its flights from Muscat, Oman, to the U.A.E. was cancelled the previous day after a snake was spotted slithering in the cargo hold. No passengers were reportedly aboard the aircraft when the aniimal was spotted.

An Emirates spokesperson told Gulf News: “Emirates can confirm that flight EK0863 from Muscat to Dubai on 8 January 2017, was cancelled due to a detection of a snake in the cargo hold prior to passengers boarding.

“Engineering and cleaning teams are working to clear the aircraft to re-enter service. We apologise [sic] for the inconvenience caused.”

The carrier later confirmed the serpent was eventually captured and the plane is now back in service. Emirates has not confirmed the species of the reptile or whether the snake was venemous.

Jackson, who starred in the 2006 thriller "Snakes on a Plane," was in Dubai last month to accept a lifetime achievement award at the Dubai International Film Festival.

Off the silver screen, this isn't the first time a snake spotted on a plane caused a stir.

In November, a snake was spotted slithering out from behind an overhead luggage compartment on an Aeromexico flight over Mexico. The flight was forced to make an emergency landing so animal control could quickly board the plane to collect the animal. No one was hurt during the incident.

And in October 2013, another snake was found hidden in a box of food on an EasyJet flight from Israel to Luton Airport in Bedfordshire, England.