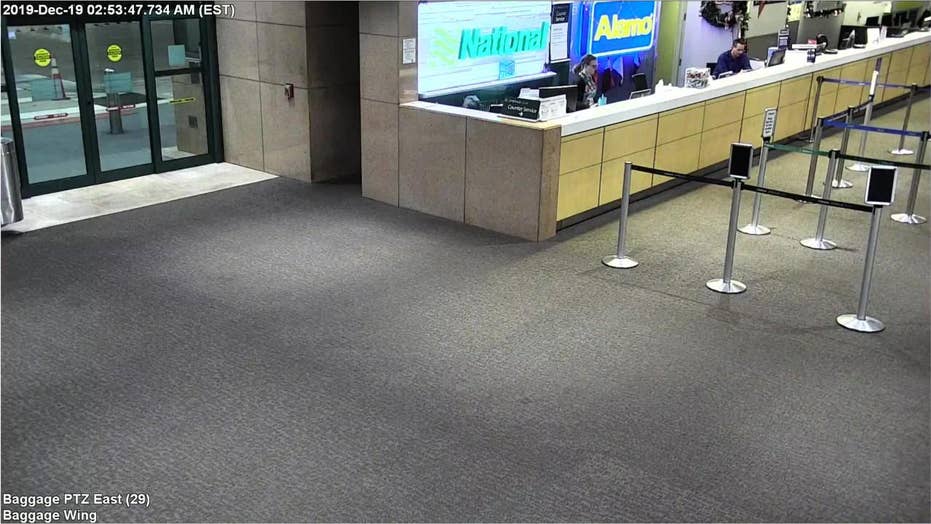 A Florida pickup truck crashes through a baggage claim area at the Sarasota-Bradenton International Airport.

Officials have launched an investigation into the circumstances that caused the driver of a pickup truck to crash into the baggage claim area at the Sarasota-Bradenton International Airport on Thursday morning, shortly before 3 a.m.

The truck, which had been traveling on Florida’s nearby U.S. Highway 41, reportedly left the road and crashed through the airport’s perimeter fence, crossed part of the tarmac, plowed through a cinder-block wall, and entered the baggage claim area, where it eventually stopped upon hitting the desk of a rental car service.

No one inside the airport was injured during the incident. (Frederick J. Piccolo)

"Luckily, the two people behind the rental car area were not hurt," Frederick J. Piccolo, the president and CEO of the airport, told Fox 13.

No one else inside the airport was injured, Piccolo further confirmed.

"We actually had a late flight, but no one else was here in the baggage claim area except a couple of workers," Piccolo told the outlet. "If this happened during the day, it would've been a much different story."

The driver of the vehicle, meanwhile, was confirmed to be injured and transported to a nearby hospital.

Footage shared from inside the Sarasota-Bradenton International Airport (SRQ) shows a tow truck removing the white pickup from the baggage claim area early on Thursday morning.

Piccolo has since said the airport is operational minus a single baggage belt that the truck damaged during the crash.

The airport president has since said the airport will be operational in time for any scheduled flights, minus a single baggage belt that the truck damaged during the crash. (Van Williams via WTVT)