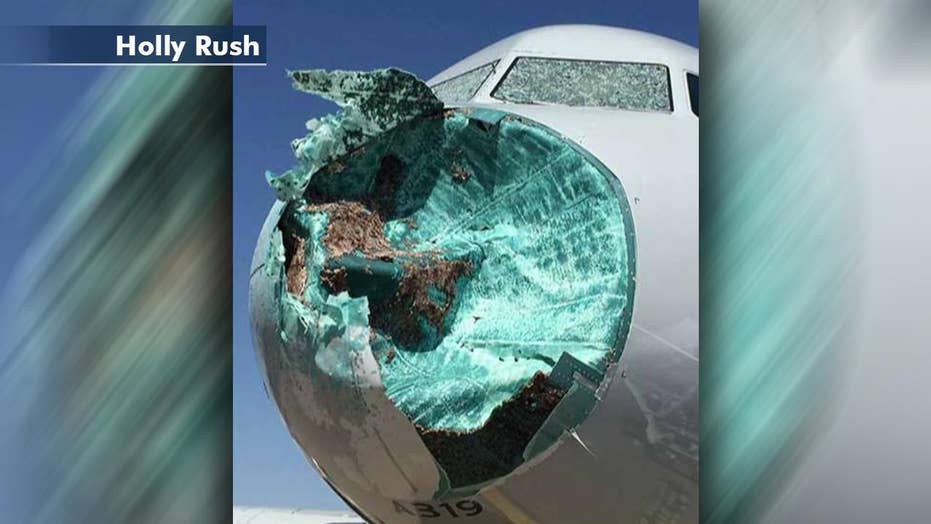 American Airlines was flight forced to make emergency landing in El Paso, Texas after it encountered a dangerous thunderstorm about an hour after departing San Antonio.

An American Airlines flight en route to Phoenix from San Antonio on Sunday made an emergency landing in El Paso due to “damage sustained by weather” during the flight, Fox 4 News reported.

Reports said the plane's nose and windshield were damaged during the flight.

“The aircraft is currently being evaluated by our maintenance team. We never want to disrupt our customers' travel plans, and we are sorry for the trouble this caused," a statement read.

Esparaza said passengers observed lighting outside their windows during the flight and said it sounded like the plane was being pelted with hail. (Holly Rush)

Jesus Esparza, a passenger on the plane, described a chaotic scene to KENS 5.

Esparaza said passengers observed lighting outside their windows during the flight and said it sounded like the plane was being pelted with hail. He said at one point it dropped “like a rollercoaster.”

He said some passengers gasped and he had to let a passenger behind him use his sickness bag because the person already used their bag.

No one was injured due to the incident. (Holly Rush)

No one was injured due to the incident.