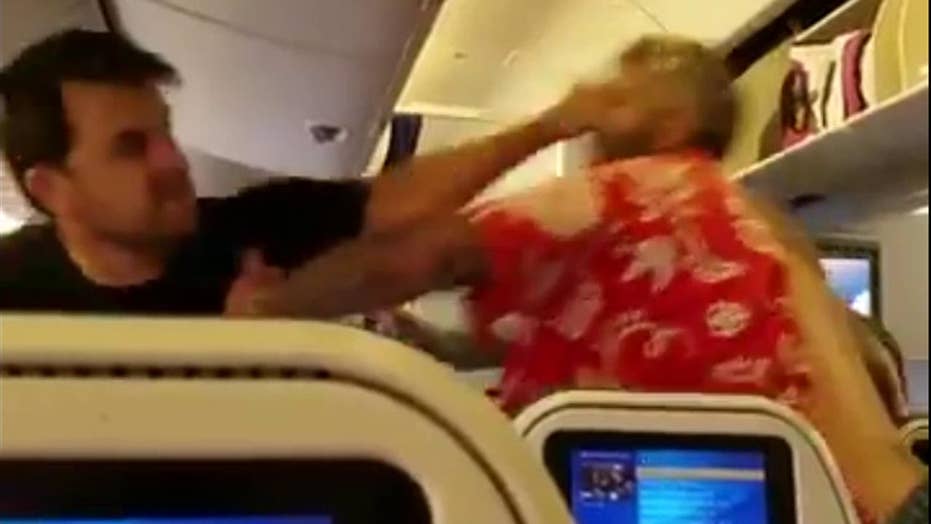 Two passengers aboard a Los Angeles-bound flight in Narita, Japan were filmed in a violent pre-flight altercation Monday night.

“So, 10 minutes before take off a passenger starts a huge fight in his row,” Hour posted on Twitter.

He began filming the incident as the two men continued to fight.

“He allegedly was contracted by the government to carry out a hit in Las Vegas,” Hour tweeted, replying to someone asking if the American man in the video had started the incident. “Then he went rogue and started fighting civilians.”

In footage of the fight posted on social media, airline staff and other passengers are seen trying to break up the two men.

“Somebody get this guy off the plane,” somebody can be heard shouting.

Hour posted that ANA staff "did their best" to diffuse the situation.

According to Japan Today, the airline believes the American seen in the video was intoxicated and he was asked to leave the plane. He initially resisted and hit a female passenger. After being deplaned, the 44-year-old man allegedly tried to choke an ANA employee. He was arrested in Japan and has since been charged with assault.

The flight, which was already delayed due to local weather conditions, took off about an hour and 40 minutes behind schedule due to the altercation.