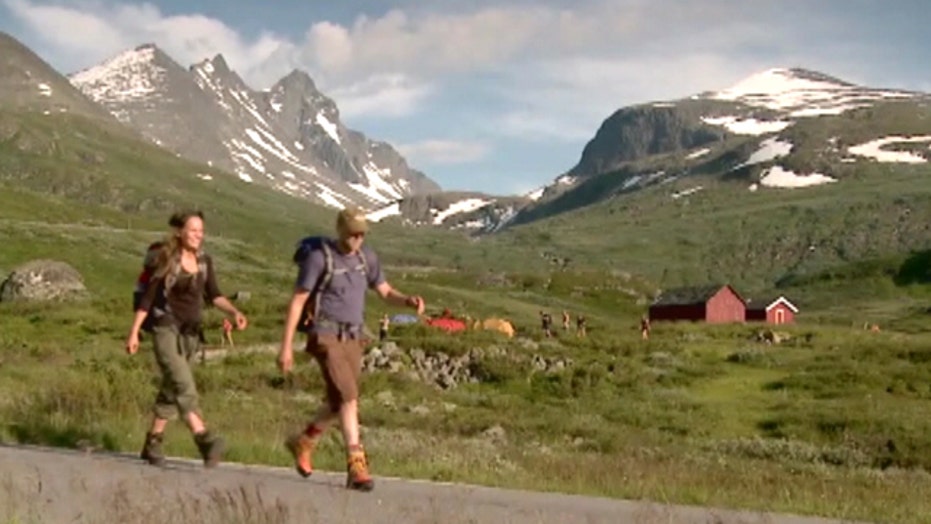 Norway is more than the land of 'Frozen'

Norway has Vikings, fjords and the Nobel Peace Prize.

Norway famously is the setting for Disney’s hit movie "Frozen" and one of the reasons, officials say, there are 35 per cent more tourists this year, despite the fact that it is an exceedingly expensive country to visit.

But the country is more than the land of "Frozen."

If you have always wanted to see the fjords, picturesque Norwegian farm villages, an original Viking ship dating back to the year 900 or perhaps the Nobel Peace Center with its current exhibit on social media and democracy, you might consider some sort of escorted tour that you pay for in advance—in American dollars.

You can also save money by flying Norwegian Air Shuttle  which has just begun flying its new 787 Dreamliners nonstop not only from New York but California and Florida.  You might be able to snare a fare under $250 to Oslo or Bergen.

So once you’ve got that cheap flight, then what?

--Opt for a cruise Over 2.8 million people are expected to cruise the Fjords this year on lines including Celebrity, Costa, Crystal, Holland America, Princess and Royal Caribbean.  Some ships go to Iceland; some go all the way to St. Petersburg, Russia.  Next year, Disney is joining the party.  You can check  www.cruising.org  to find a travel agent who is a bonafide cruise expert to help you discern the differences between the cruise lines and itineraries—as well as to get a good price.

--Go Freight Travel like people have for decades aboard Hurtigruten—(HER-ta-grew-tin), a passenger and freight service which began in the 19th Century as a way to transport mail and goods. Today, the company’s 11 ships travel in and out of 34 ports along the Norwegian Coast with the focus on the landscape—some of the most amazing waterfalls in the world—as well as the unique culture of Norway. You can travel to Norway’s Arctic to see the polar bears on some ships and to see the Northern Lights in winter.  There are expert talks and the chance to sample local delicacies …the chance to whale watch, kayak or hike.  You can still save up to 40 per cent later this summer and fall, with some cruises under $1300.

--Go by land If you think you’d rather travel on land but prefer someone else to sweat the details, opt for an organized tour like those offered by TAUCK  or if you are traveling with kids, Adventures by Disney.  I just returned from checking out Adventures by Disney’s new itinerary.(You can read my travel diaries about the trip.)

Of course you can do Norway on your own too, traveling by train, taking a public ferry from Flam through the Fjords, hiking, glacier trekking, biking and visiting the famous medieval Stave churches that date back to medieval times.

At the Nobel Peace Center, we learned how Alfred Nobel made his fortune from dynamite, which of course was used in war, but then gave it away in his will to establish the Peace Prize.  We also toured a wonderful Resistance Museum  on the grounds of the centuries-old Akerhaus Fortress in Oslo, which tells the story of the brave men and women who fought against the Nazis when Norway was occupied in World War II. We marveled at the still intact massive Viking Ships and wondered who the women were who were buried in  one of them with sledges, horses, cows and all varieties of farm and  cooking equipment.

I wish we’d had time for more museums like the Munch Museum, dedicated to the art of Norway’s most famous artist.  If you plan to see much of Oslo, invest in a Visit Oslo pass   that gives you discounted entry to more than 30 museums and attractions as well as free public transportation.

Ready to try some reindeer meatballs?