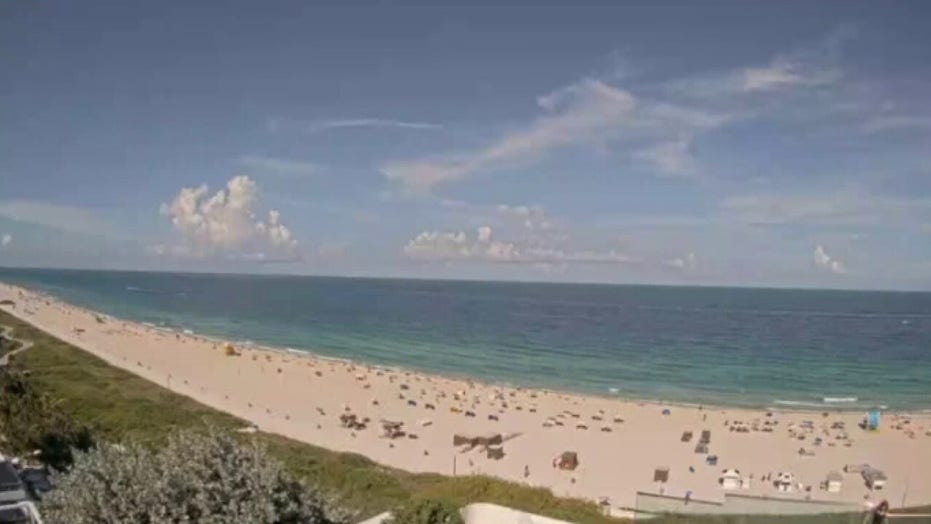 Miami mayor: A mask mandate in my city definitely worked

Miami Mayor Francis Suarez weighs in on proposal for a nationwide mask mandate.

Customs officers at Miami International Airport (MIA) recently seized nearly a half-million dollars hidden inside a piece of furniture, in a shipment bound for the Dominican Republican.

The U.S. Customs and Border Protection (CBP) announced Wednesday that the shocking sum was discovered at the Miami air hub on Sept. 3. Authorities found $491,280 in unreported U.S. currency tucked inside the bottom of a cushioned chair, within a crate containing other furniture. The shipment was chosen for examination during outbound enforcement operations, officials said.

The cash seized from the furniture shipment at Miami International Airport on Sept. 3. (U.S. Custom and Border Protection)

While it is legal to carry large amounts of money into and out of the U.S., as the CBP explained in a statement, travelers on the move with $10,000 or more are required by federal law to report the currency to customs officials when entering or leaving the country.

Failure to do so can lead to the seizure and forfeiture of the money, as well as potential criminal charges.

“Criminal organizations will attempt to export large sums of cash to launder their ill-gotten gains,” Robert Del Toro, CBP’s Acting Port Director at MIA, said of the find in the statement. “This is a significant seizure and represents the impact we can make on criminal’s profits and was the direct result of our officer’s vigilance and watchfulness.”

Authorities did not disclose who the money belonged to, or whether criminal charges would be filed.

The discovery was all in a day's work for customs officials: On an average day, the CBP seizes about $207,000 in unreported or illicit currency along the nation's borders, the federal law enforcement agency said.