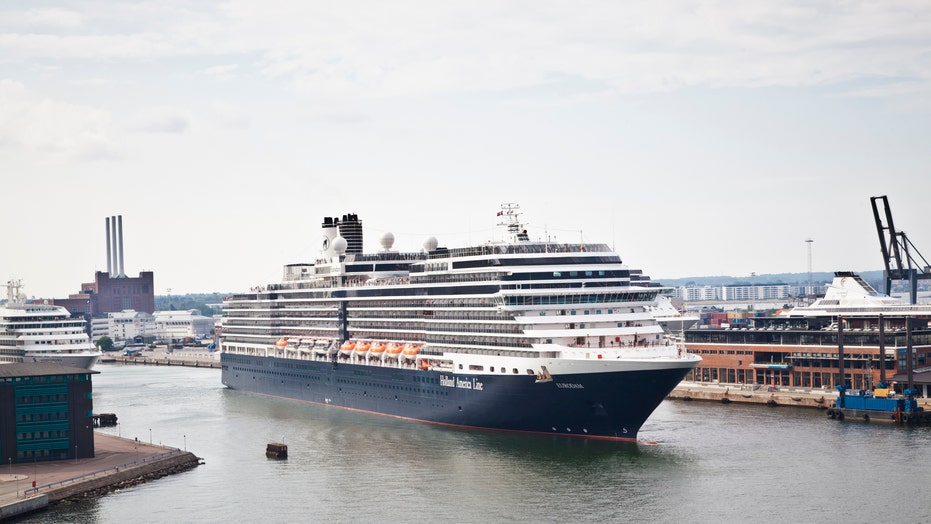 The National Oceanic and Atmospheric Association (NOAA) is investigating after a Holland America cruise liner "may have made contact" with a pod of humpback whales off the coast of Alaska.

The liner, the Eurodam, was filmed sailing alongside the whales on Monday morning, according to footage shared to social media by Brent Kidd Palmer.

In the clip, the Eurodam cruises by as multiple humpbacks appear to spew air and water from their blowholes. A man heard in the recording claims the Eurodam was warned about the location of the mammals before “steaming right past them.”

“You can see the whales right next to the ship,” the man says. “He’s steaming right past them at full steam ahead. He was warned twice. And he’s practically running over the top of them.”

“He didn’t even change course,” another man says.

A woman can then be heard theorizing that the captain had not only ignored the warnings, but told the Eurodam’s guests to look at the whales.

“Look at how many people have got their windows open,” she says.

The public affairs officer for the NOAA confirmed to Fox News that the agency was investigating.

"Our NOAA Office of Law Enforcement received a report Monday morning that the Holland America Line cruise ship Eurodam may have made contact with a pod of humpback whales as it was coming into Juneau, Alaska," Julie Speegle said. "Investigators have received a video of the incident and are reviewing it. They have also made contact with the cruise company regarding the incident.“

Holland American said the Eurodam, seen here in Copenhagen during a 2011 voyage, changed course to avoid the humpback whales. The NOAA is currently investigating. (iStock)

As noted by KTOO, the NOAA’s own Marine Mammal Viewing Guidelines and Regulations stipulate that ships not approach humpback whales within 100 meters and maintain a “slow, safe speed” so as to not “disrupt the behavior” of the marine life.

If approached by a whale, ships are also required to “put the engine in neutral and allow the whale to pass.”

It was unclear how fast the Eurodam was traveling or how close it had approached the humpback whales.

In a statement provided by Holland America, the cruise line claims the ship’s captain altered the Eurodam's course by 10 degrees so as to follow “proper protocols” that would allow the whales to pass.

"On June 24 at 6:40 a.m., Eurodam was en route to Juneau and slowing to pick up a pilot when the bridge watch observed a pod of humpback whales bubble feeding clear of the port bow near Kingsmill Point. A nearby vessel also alerted the bridge to the pod. Following proper protocols, the captain altered course by 10 degrees to create more distance between the ship and whales, allowing them to safely pass. No announcements were made as it was early in the morning," the statement reads.

Holland America added that its "ships sail while following a comprehensive Whale Strike Avoidance program developed in cooperation with the National Oceanic and Atmospheric Administration’s (NOAA) National Marine Fisheries Service and the National Parks Service. Ships have clear guidelines on how to operate if whales are sighted nearby, which include altering course and reducing speed as required."

Holland America, too, is conducting its own review of the incident, the statement confirms.

Back in 2016, a Holland America cruise ship struck a fin whale before entering a port in Alaska, dragging it on the bulbous bow on the Zaandam liner, the Associated Press reported. The NOAA launched an investigation, but stated that the whale may have been dead before it became stuck on the bow.