As Hurricane Florence charges toward the Carolinas, airlines are issuing warnings about thousands of flights experiencing delays or cancellations, and giving out waivers to affected travelers.

The Category 2 storm, which was downgraded from a Category 4 but will affect millions in the Southeast, is expected to bring storm surges, flash flooding, heavy rainfall and forceful winds to North Carolina, South Carolina and Virginia, as well as parts of the Mid-Atlantic states, the National Hurricane Center warned.

As of 4:45 p.m. Wednesday, 862 flights had been canceled in the U.S. and 11,917 flights across the globe were delayed, as per live flight-tracking service FlightAware. Additionally, 509 flights scheduled for Thursday had been grounded and all United flights into and out of Myrtle Beach and Charleston were canceled for Thursday and Friday. 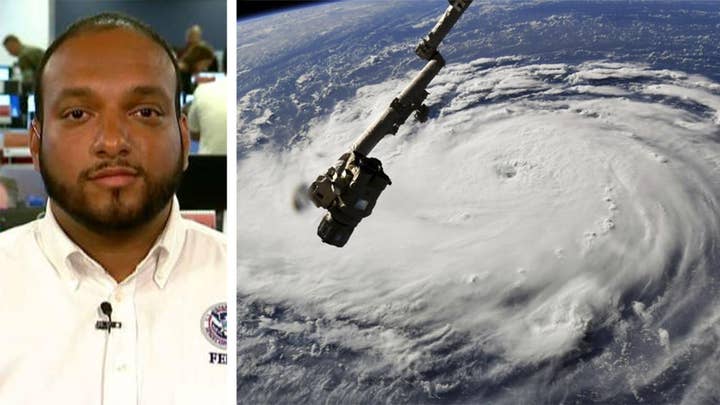 Various carriers have waived fees for flights scheduled to cross the path of the storm. American Airlines, Delta Air Lines, Southwest Airlines and United Airlines are among the major carriers that have waived charges for those traveling through the Southeast through the next week.

Delta Air Lines added 1,200 seats as of Wednesday evening via extra flights and upsized aircraft in the storm's path to get people out of the area before Florence hits.

“Hurricane Florence is looking even bigger than anticipated. It will be arriving soon. FEMA, First Responders and Law Enforcement are supplied and ready. Be safe!” President Donald Trump tweeted early Wednesday morning.

Read more on steps how to prepare for the storm here.