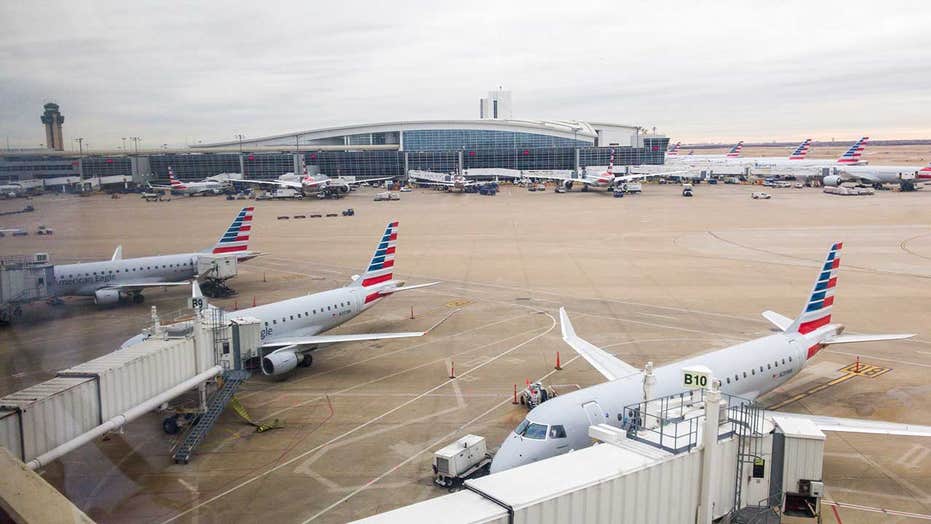 That’s probably not how you’re supposed to refuel planes.

A fuel truck struck and damaged two aircraft at the Dallas/Fort Worth International Airport on Monday morning, prompting an investigation into the cause of the incident.

The planes — both Bombardier CRJ-900 aircraft owned by Mesa Airlines, and operating for American Airlines — were said to have suffered significant damage, Business Insider reported. They were removed from service following the incident, American Airlines confirmed.

Footage taken after the accident, and shared by WFAA, shows the damage to one of the plane’s wings. The other aircraft’s wing, meanwhile, was seen pierced through the windshield of the fuel truck, which itself appeared to be severely damaged.

Both planes were removed from service. Their respective flights, to Lubbock, Texas, and Shreveport, La., were canceled, and passengers were rebooked on alternate flights the same day.

“On Monday morning at Dallas/Fort Worth International Airport (DFW), a vendor’s fueling truck impacted two parked Bombardier CRJ-900 aircraft,” a representative for American Airlines confirmed to Fox News. “No passengers or crew members were seriously injured. American is reviewing the incident in coordination with the vendor.”