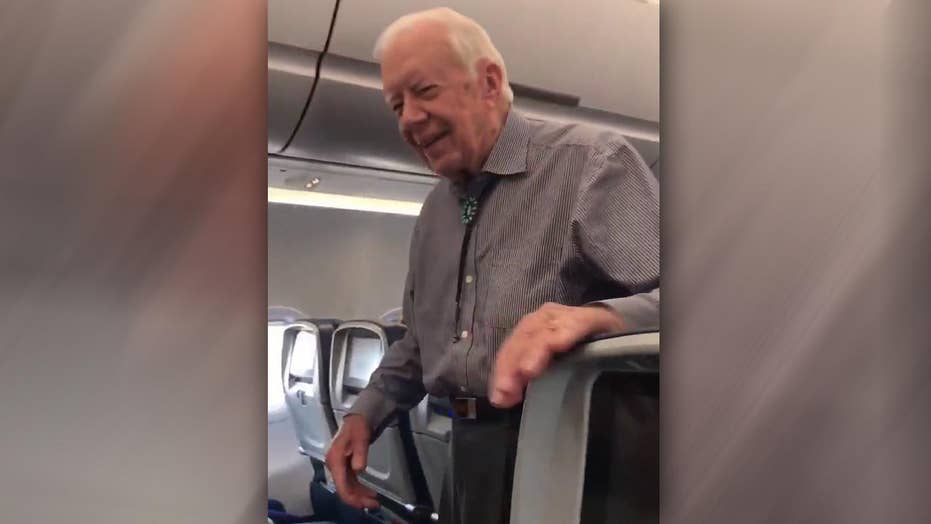 Former President Jimmy Carter was recently spotted on a Delta Air Lines flight, where he shook the hands of every passenger before leaving Atlanta.

James Parker Sheffield tweeted video of the event showing a smiling Carter walking down the aisle as he greeted the surprised passengers.

"I was definitely shocked," said Sheffield. "Who expects a president to be on their commercial flight, let alone making an effort to greet every passenger? Everyone seemed genuinely excited and the overall sentiment was that it was really nice to have that kind of moment where Party or politics didn't matter."

"He didn't say much, because he was also trying to be mindful of the flight needing to leave, but that smile said everything for him. He was very authentic in his interaction with each individual," said Sheffield.