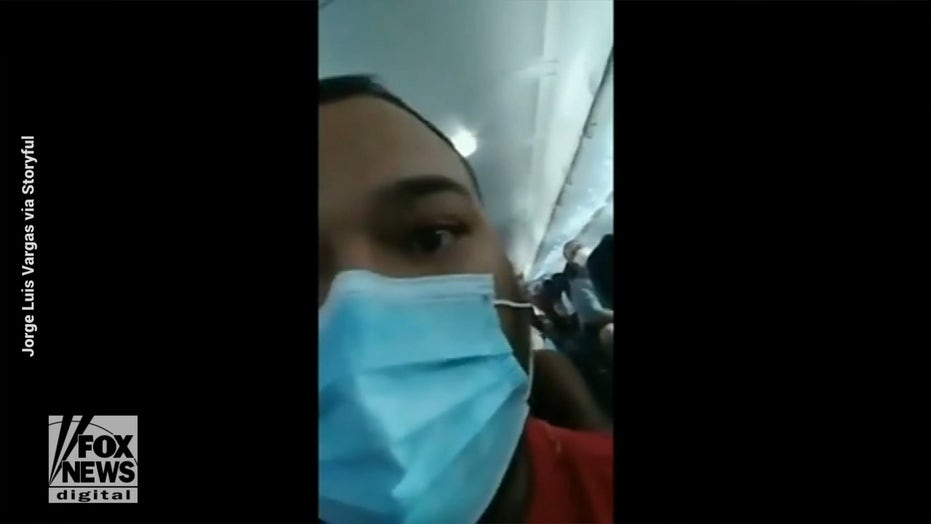 A fight erupted at the Luis Munoz Marin International Airport in San Juan after multiple instances on the plane ultimately forced the pilot to cancel the flight to Pennsylvania.

Nobody likes being delayed.

A fight erupted at an airport in Puerto Rico after a flight to Philadelphia was canceled. Footage taken during the incident appears to show multiple people attacking a woman in the airport terminal.

A woman on the flight, who was believed to be drunk, allegedly refused to disembark at the crew’s request. (Jorge Luis Vargas via Storyful)

The incident occurred Monday at the Luis Munoz Marin International Airport in San Juan, the New York Post reports. There were reportedly multiple instances on the plane that ultimately forced the pilot to cancel the flight.

A woman on the flight, who was believed to be drunk, allegedly refused to disembark at the crew’s request. Footage filmed from inside the plane shows the pilot announcing that if the woman does not agree to get off the plane, then all of the passengers would have to disembark.

Other passengers on the plane can be seen in the footage becoming upset over the situation. Flight attendants can also be heard attempting to keep passengers calm and seated during the incident. At one point, another woman announces that the drunk woman needs to get off the plane so everyone can go home.

Another passenger, meanwhile, reportedly became ill around this time. At this point, the pilot canceled the flight by invoking a coronavirus policy.

A fight reportedly broke out in the airport’s terminal following the cancellation. It’s unclear if the intoxicated woman from the plane was involved with the altercation. According to reports, two people were assaulted in the incident, but they both refused medical treatment.