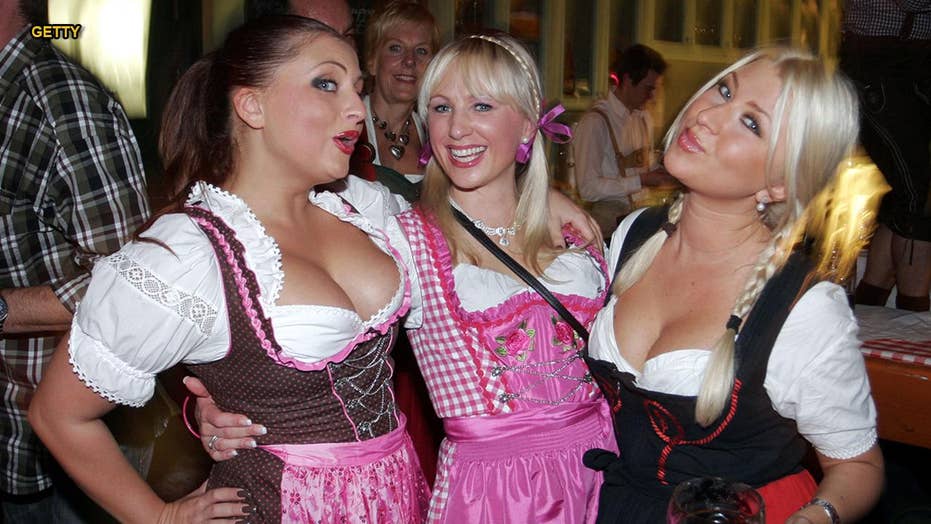 Female Oktoberfest tourists are being accused of oversexualizing the traditional Bavarian dirndl, and ruining the annual German celebration.

Oktoberfest, the weekslong German celebration dating back to the 1800s is known for beer, traditional Bavarian food and parades, but recently it has become recognized for something else — scantily clad women. At least that’s how some Germans feel.

According to reports, more people than ever have started wearing traditional Bavarian outfits to the world’s most popular beer festival.

“A dirndl is something nice, it can make almost anyone pretty. But some of the dresses you see these days are crazy,” he said, Daily Mail reports. “You go in a tent and it's full of paralytic Australians and Italians and they've forked out €250 ($290) for a complete Bavarian outfit and think they're Bavarians. It's as if I'd walk around half-naked and say I'm Australian.”

Shop owners have said that customers come into their stores wanting “sexier” versions of the traditional outfit.

“For women, we have either knee-length or shorter than knee-length dresses. People used to have a normal size. Now, because models are wearing these costumes, the girls come to the shop and they say, ‘I want to look sexy,’” London shop owner Ulku Stephanides told the Daily Mail. “They have their boobs out.”

The 55-year-old business owner said locals still buy the typical knee-length skirts, but the “new generation” is more interested in how it will look on social media.

“That's the new generation. Last week I was serving one girl; she was like the Queen of Sheba. She was buying a costume for £20 ($26) and taking photographs to show friends on Instagram. She said, ‘I don't look sexy enough. I have to go to Germany, to Oktoberfest,’” Stephanides told Daily Mail.

Several have taken to social media to express their anger at the shortened skirts and plunging necklines.

Though there were some who embraced the updated look.

Oktoberfest, which kicks off in Munich on Sept. 22, is expecting around 7 million visitors during the three weeks. Last year, 6.2 million people attended the festival and drank 7.5 million glasses of beer.