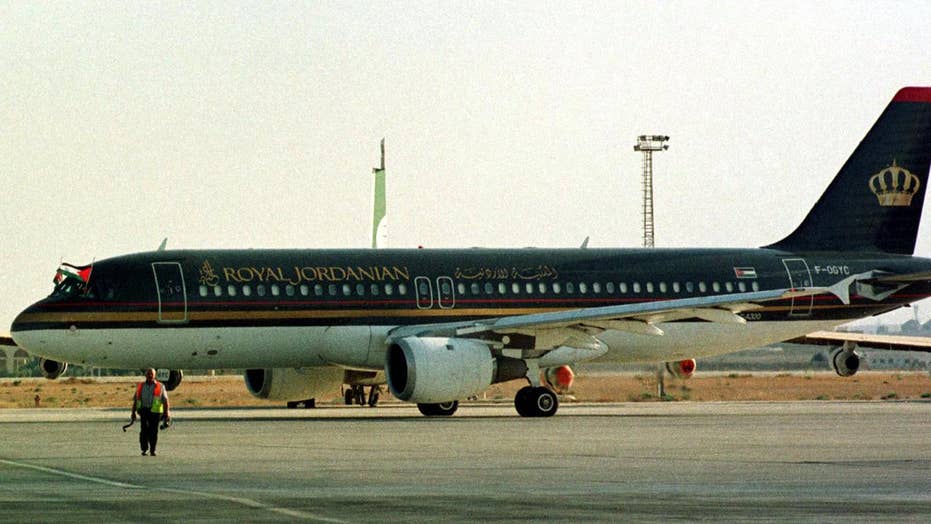 Airline bans electronic devices on flights to and from US

The ban on all electronic devices larger than a cell phone being brought into the cabin of passenger aircraft coming from several Middle Eastern and African countries is indefinite and applies to nine airlines and 10 airports in eight countries, a source told Fox News Tuesday.

Senior administration officials are calling the measure an active-emergency amendment based on “evaluated intelligence” that terrorist groups continue to target aviation and consumer items for use in an attack. However, the decision is not based on any specific intelligence or imminent threat.

"Terrorist groups continue to have an interest in targeting planes," according to one senior Administration official, who briefed reporters on a teleconference call late Monday.

The eight countries affected by the ban are all Muslim-majority nations. They include Jordan, Egypt, Turkey, UAE, Saudi Arabia, Kuwait, Qatar and Morocco.

The ban on electronics in the cabin applies to U.S.-bound direct flights only. Laptops, tables, Kindles, iPads and gaming devices larger than a cellphone will be prohibited from the cabin of the passenger flights.

Earlier Monday, Royal Jordanian Airlines announced on its Twitter account that the carrier had banned all electronic or electrical devices from carry-on luggage on flights to and from New York, Chicago, Detroit and Montreal effective Tuesday, March 21.

Royal Jordanian's tweet was deleted later in the day and a representative from the airline was not immediately available for comment.

"We are not disappointed with the airlines," one senior administration official said. "They have an obligation to their passengers."

These administration officials could not answer questions from reporters who asked about how they planned to work with airlines to mitigate the danger of placing laptops and other electronic devices with lithium ion batteries in the hold of the plane, a fire hazard, according to the FAA which has recommended barring the transport of lithium batteries. They said they would work with the FAA about how best to store the batteries but each electronic device would be in individual passenger bags.

When asked which recent terrorist incidents or civil aviation events the new regulations had been made in response to, the administration officials referred to a 2015 flight from Sharm el Sheikh Egypt, and incidents in Somalia and at airline counters in Brussels and Istanbul, which were the result of gunfire, not laptops.

The new restrictions will apply to about 50 inbound flights per day, according to these officials.

Emirates, Etihad and EgyptAir said earlier Tuesday that were not aware of any new U.S. directives about electronics in aircraft cabins.

Egyptian officials said that a New York-bound EgyptAir flight departed on Tuesday and that passengers were allowed to take their laptops and other electronics on board in their carry-on luggage. Egypt's Foreign Minister Sameh Shoukri was among the passengers on board the New York flight.

Fox News’ Jennifer Griffin and the Associated Press contributed to this report.