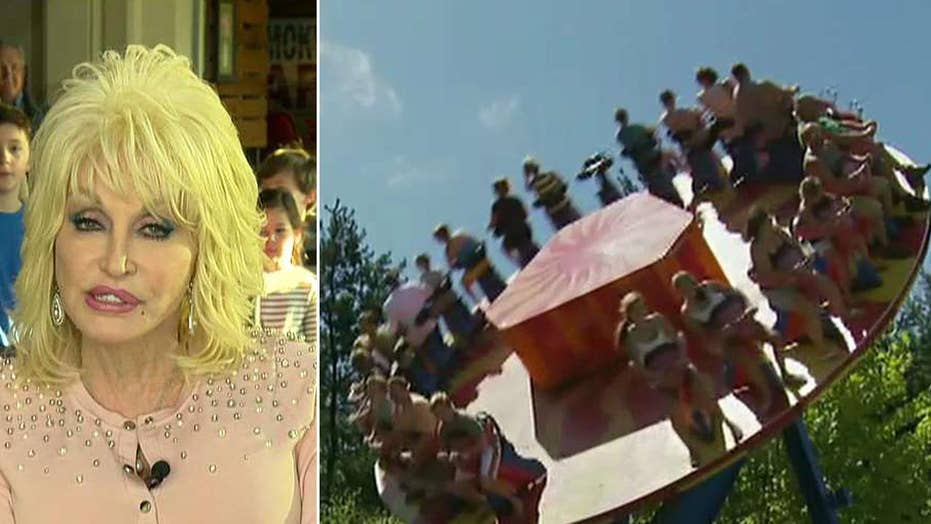 Dolly Parton on Dollywood's opening day for the 2018 season

Country music legend opens up about her theme park and new movie.

Two unhappy parents have filed a lawsuit against Dolly Parton’s Dollywood theme park after the mother suffered a compression fracture and other spinal injuries while riding the RiverRush Water Coaster.

On June 22, TMZ reported that the unnamed couple’s otherwise happy trip with their two daughters in summer 2017 ended in chaos as the mom was hurt aboard the water coaster in Dollywood Splash Country in Pigeon Forge, Tenn.

The couple alleges they followed instructions of the ride operators while boarding the water ride, but things went awry when their raft reached the top of the ride’s incline.

Apparently, the woman was soon "propelled off the seat and she then fell down into the raft striking her spine on the hard surface." She then “heard a pop, felt a burning sensation, and could not feel or move her legs at the end of the ride,” TMZ reports.

Now, the family is pressing charges against the country star’s beloved theme park. They reportedly seek $2 million in damages, for negligence and failure to properly warn of the dangers of the ride.

Representatives for Dollywood did not immediately return Fox News’ request for additional comment on the story.