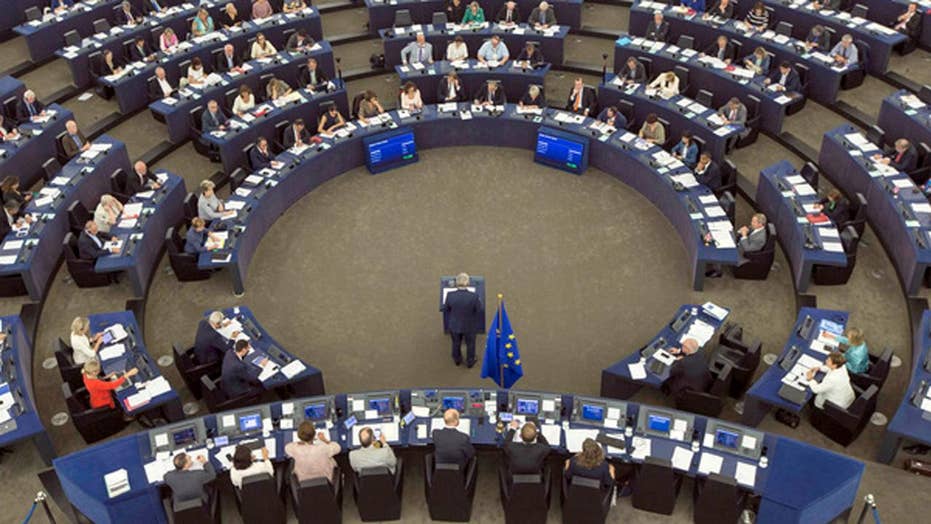 EU seeks to scrap visa-free travel for US citizens

Americans planning trips to Europe this summer may have to do much more than book flights and hotels. Last week, the European Parliament passed a resolution to require U.S. citizens traveling to EU countries to obtain visas.

The move, which Parliament said should go into effect “within two months,” is intended to pressure the U.S. to extend its visa waiver program to every EU nation.

Essentially, the issue is reciprocity. Though U.S. citizens can visit all 28 countries in the EU without a visa, the same rules don’t apply for citizens from five member countries — Bulgaria, Croatia, Cyprus, Poland and Romania — when they visit the U.S.

In April 2014, the EU notified five nations — the U.S., Australia, Brunei, Canada and Japan — that they were not in agreement with its reciprocity policy and warned them to add all the EU nations to their “visa-free” lists within two years.

No legal action was imposed when that “deadline” expired last April. But now, three years later, Australia, Brunei and Japan have lifted their visa requirements for citizens of all EU countries. Canada still requires Bulgarians and Romanians to obtain visas, but it will lift that demand in December.

That leaves the U.S. standing alone, and — as reported in European Parliament News — the EU is obligated “to take measures temporarily reintroducing visa requirements” to nations that don’t waive their visa demands to all EU countries.

“The lack of visa reciprocity affects at least 14 percent of EU citizens, namely the citizens of Bulgaria, Romania, Croatia, Cyprus and Poland as well as some EU citizens with dual nationality,” Filiz Hyusmenova, vice president of the Alliance of Liberals and Democrats for Europe, said in a statement following EU Parliament’s vote.

“It is high time for the commission to show administrative will and political strength, not only for defending those citizens’ rights, but also for reinforcing the strength and unity of the European Union on the international scene.”

Travel insiders say the move will likely hurt European countries that are struggling financially and depend on U.S. tourism. But Ally Bolour, a California-based immigration attorney, said he believes it could hurt all travelers.

“Whenever you suspend people’s freedom to move around, everyone gets hurt. It’s an unnecessary pain to take,” he said.

“I know a lot of Iranian Americans who voted for Trump and support travel restrictions. If this happens they’ll realize that the nightmare will impact everyone — including them. It’s poetic justice. Once this train leaves the station, it carries everyone with it.”

Others agree that the imposition will undoubtedly have an impact.

“I think it will make a difference in people traveling, perhaps making them more hesitant, and they’ll choose to go someplace easier to get to.” said Chris Balciyan, owner of European Travel, a Los Angeles based company that specializes in planning trips throughout the European continent.

“With the summer travel season upon us, this could impact a lot of people. The truth is, the majority of European countries want U.S. travelers. They spend more money, and without them those countries will suffer.”

EU officials have contacted the Trump administration “to push for full visa reciprocity” before representatives of the EU and U.S. hold a scheduled meeting on June 15, a European Commission spokeswoman told Reuters.

“We will report on further progress made before the end of June and continue to work closely with both the European Parliament and the Council,” she said.

“We’re nearing record demand for European travel,” he said. “All the conditions are so good right now.

"Thankfully, it looks like it would be a stretch for this to actually pass.”