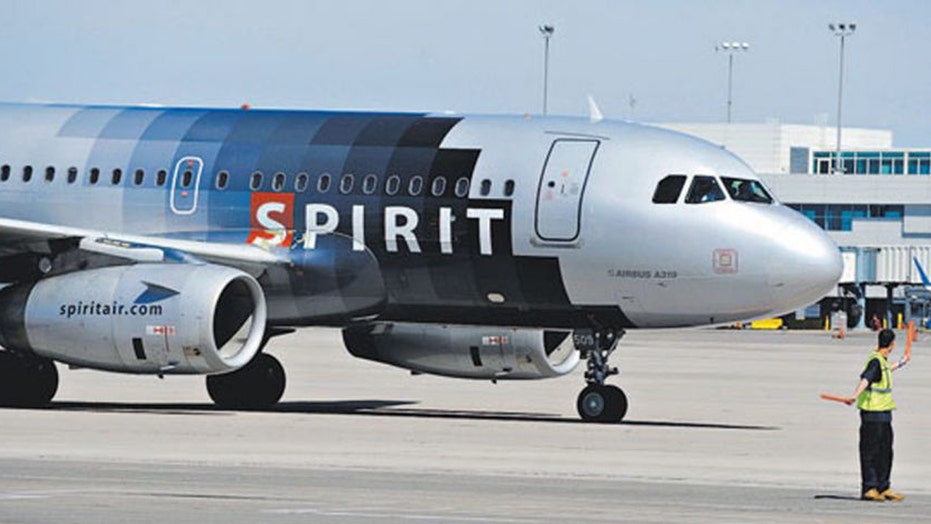 Officers escorted a man and his girlfriend off a plane after he became upset when his seat was double-booked, and five other passengers were removed when they protested his treatment, airport police said Tuesday.

The incidents occurred Monday evening as Spirit Airlines Flight 868 was boarding at Los Angeles International Airport for a trip to Dallas, according to Officer Rob Pedregon.

The couple was offered two other seats together on the same plane, but the male passenger remained unruly and police were called, Pedregon said.

"The man was not happy," Pedregon said. "He got irate and started to raise his voice."

The couple eventually agreed to leave the plane and was rebooked on another flight later Monday, he said.

The captain asked five other passengers to leave the plane when they argued with a flight attendant about the couple's treatment, according to Pedregon.

They were given hotel vouchers and booked on a flight to Dallas on Tuesday, Pedregon said.

Passenger Alexandria Wright told KCBS-TV that she and the others were booted because they are black.

"I'm really humiliated just for the simple fact that you hear about this type of stuff happening in America, discrimination issues and stuff like that, but to actually experience it first-hand," Wright said.

No arrests were made. The second group of passengers apparently didn't know the couple, Pedregon said.

A call and an email seeking comment from a Spirit spokesperson were not immediately returned Tuesday.