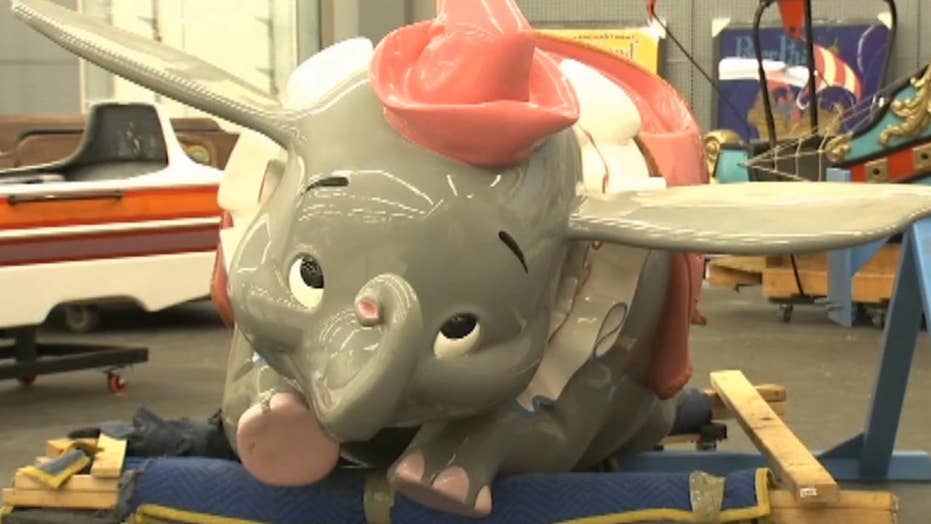 The 900-piece collection, which included park rides, props and artifacts, raised over $8 million in Los Angeles.

Memories made at “the happiest place on earth” are often cherished for a lifetime, making it no surprise that a recent auction of Disneyland park rides, props and artifacts raised over $8.3 million – all for a special cause.

Over the weekend, Hollywood agent Richard Kraft auctioned off his 900-piece collection in a special-two day event dubbed “That’s from Disneyland” at an old sporting goods store in Los Angeles.

"You never actually see this stuff up-close and personal the way you would see it in this exhibit,” he told Fox News of the display.

Other Disney lovers evidently felt the same– the sale attracted tens of thousands of visitors, and one couple even tied the knot at the event.

Inspired by nostalgia for visits with his late brother to the iconic theme park, Kraft began collecting the Disney memorabilia 25 years ago, Reuters reports, and he clearly had a knack for collecting valuable items.

At the sale, an original Skyway vehicle sold for a record-high $621,000, an original Dumbo the Flying Elephant ride car went for a whopping $483,000, and celebrity magician David Copperfield scooped up a neon letter “D” from the Disneyland hotel for $86,250, Forbes reports.

Nevertheless, Kraft says that the precious artifacts are about much more than just money.

"No matter how much it's worth I really hope the people who buy it appreciate it as much as I do. I don't want the people to go 'oh it's an investment,” he told Fox News.

Moving forward, Reuters reports that Kraft intends to donate a portion of the $8.3 million raised from the sale to organizations for children suffering from the rare genetic disorder Coffin-Siris Syndrome, and other special needs, like his four-year-old daughter, Daisy.