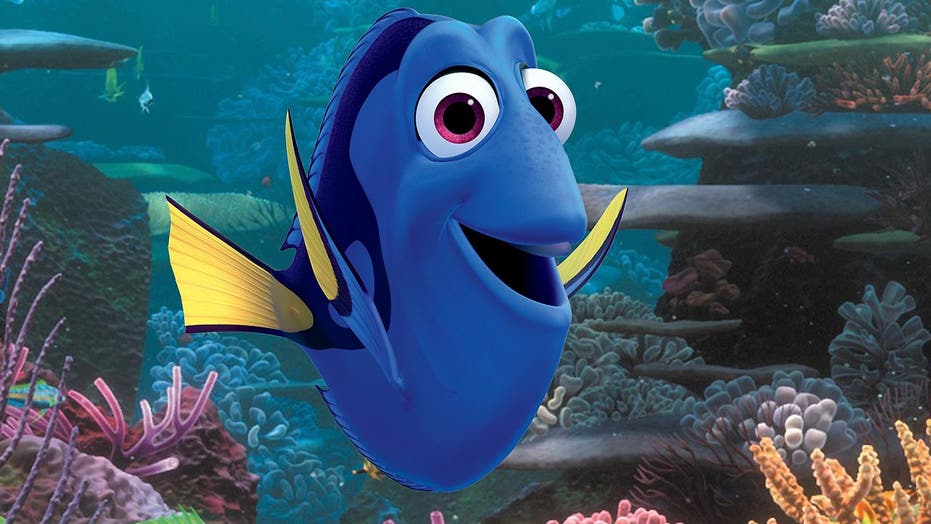 Disney's 'Finding Dory' enjoys a whale of an opening

The next time you’re strolling through a Walt Disney theme park, your snugly hug or photo with your favorite character may be with a super realistic robot-- and not a person in a costume.

The application describes the new “soft body” robot to be built specifically for “physical interaction with humans.”

Disney has a dedicated robotics research department, which is currently developing several projects designed to create a “future in which robots interact with humans in complex, unpredictable environments.”

If thoughts of a sci-fi world where sentient Disney characters take over the planet and wipe out humanity crossed your mind, fear not, the patent details the robots will actually be operated via a romote controlled device.

While the patent proposal doesn’t define the purpose of the "cuddly" robots, it does suggest that they’re intended for “interactive guidance or entertainment in stores and amusement parks,” and indicates they will be interacting with children.

The new patent doesn’t specifically mention Mickey or Minnie, either, but the filing sketches look similar to the plus-sized inflatable robot Baymax from “Big Hero 6.”

.@Disney has huggable humanoid robots on its mind https://t.co/hGWTjxymGs pic.twitter.com/dWUWrTMN38

No timeframe is listed on the document for when Disney would put the so-called "humanoid robots" into action, but it doesn't appear the company intends to replace people with robots anytime soon.

Starting this spring, the company announced plans to hire more than 1,000 cast members for their parks.

The full-time and part-time positions are available at all four of Disney's parks in the U.S., two water parks, ESPN Wide World of Sports, Disney Springs, and at over 20 resort hotels.