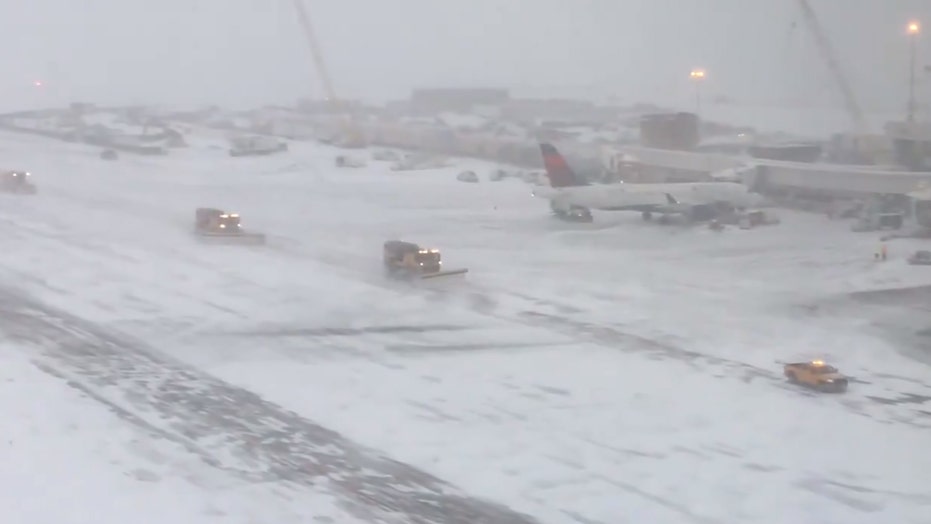 Officials at the Denver International Airport (DEN) are urging travelers to check their flight statuses before departing for the airport, as more than 450 flights have been canceled amid Tuesday’s snowy weather.

“DEN has received 7 inches of snow so far and it's still falling. 463 flights have been canceled with 11 delays,” reads a tweet posted by the airport’s Twitter account early on Tuesday morning.

“Please check your flight status with your airline before coming to the airport. Peña Blvd. is snow-packed so give yourself extra time to travel and take it slow!”

Snow is expected to continue in the area through Tuesday afternoon. Airport officials said Monday that they were expecting as much as 14 inches to fall before the snow lets up, the Denver Post reported.

Crews at the airport are also working to keep runways open as of Tuesday morning, per a tweet shared by the airport. In the post, multiple plows were seen operating on the tarmac amid the snowy conditions.

“Some flights are moving this morning with many airlines resuming operations late morning or early afternoon,” the post read.

For those whose flights have not been canceled or delayed, airport spokesperson Emily Williams told the Denver Post that travelers should plan to arrive at the airport at least two hours before their scheduled departures.

Major airlines are also offering vouchers, or waiving cancellation and rebooking fees for flights canceled amid the storm.

Over 190,000 travelers were expected to pass through DEN on Tuesday, the Denver Post reported.