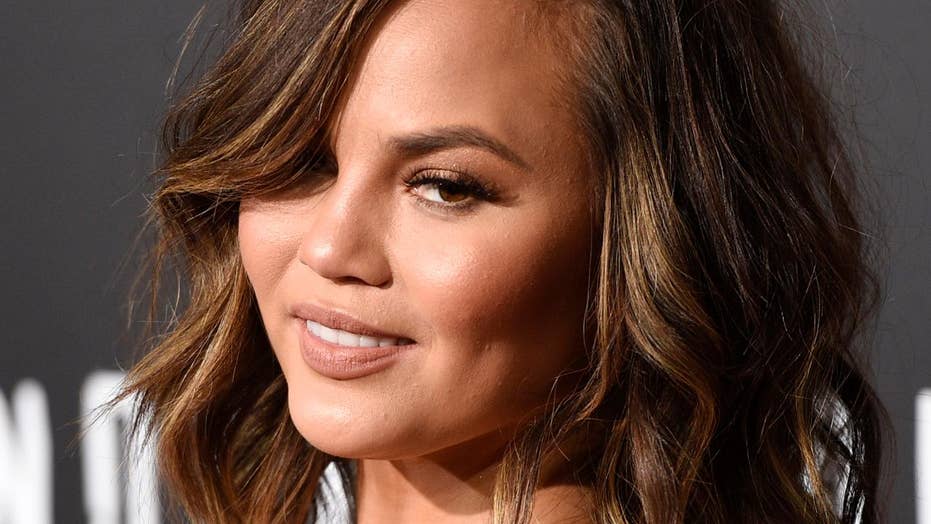 Chrissy Teigen threatens to go topless on next United flight

Several famous faces are speaking out amid news that United Airlines banned girls from flying because they were wearing leggings.

On Sunday, at least two girls wearing leggings were barred from boarding a United Airlines flight because they were not in compliance with a dress code for certain passengers.

The controversy began early Sunday morning when, according to a series of tweets by fellow passenger Shannon Watts, founder of Moms Demand Action, wrote that two girls were barred from boarding a Denver-Minneapolis flight Sunday morning because they were wearing leggings. A third girl was reportedly allowed to board after hanging out of her leggings and putting on a dress.

1) A @united gate agent isn't letting girls in leggings get on flight from Denver to Minneapolis because spandex is not allowed?

"The passengers this morning were United pass riders who were not in compliance with our dress code policy for company benefit travel," the airline initially Tweeted amid mounting criticism as Watts' tweet went viral.

Those traveling with a “United pass”are company employees or family members of airline employees.

Despite United attempts to clarify the different policies by responding directly to dozens of social media posts, several celebrities like Chrissy Teigen and more joined the growing list of people speaking out against the airline on Twitter.

“I have flown united before with literally no pants on. Just a top as a dress,” wrote Teigen. “Next time I will wear only jeans and a scarf.”

Patricia Arquette added, "Why aren't you allowing girls to wear leggings on flights? Who is your gate agent policing girls clothing?"

@united Why aren't you allowing girls to wear leggings on flights? Who is your gate agent policing girls clothing?

We here at @united are just trying to police the attire of the daughters of our employees! That's all! Cool, right? https://t.co/xGyL4IAslE

I understand. I suggest u consider updating ur rules 4 friends & fam as they seem to apply mostly 2 females & are outdated. https://t.co/41chqN32Q0

.@united I have flown numerous times while displaying an egregious mooseknuckle. What's a male over 10 have to do to get noticed?

And even William Shatner weighed in with a snarky post.

When reached by Fox News via email, United Airlines spokesman Jonathan Guerin would not clarify the exact details on its dress policy for those traveling as "United pass" passengers.

"To our regular customers, your leggings are welcome."

In 2015, a woman was kicked off a JetBlue flight for wearing shorts that the pilot deemed “too short.”