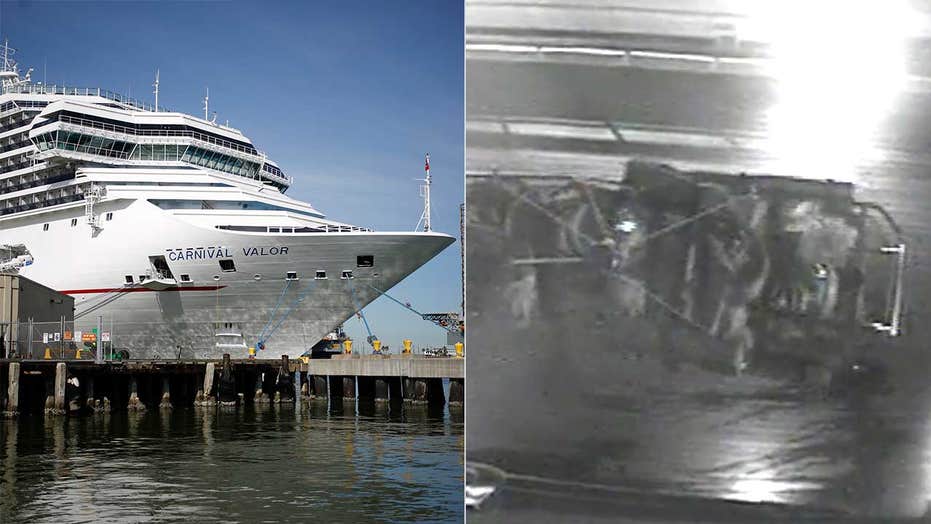 A cruise passenger aboard the Carnival Valor is currently in critical condition after falling over a railing and landing on the deck below.

The 23-year-old man was airlifted from the ship, which was situated about 65 miles off the coast of Venice, La., to a New Orleans hospital on Tuesday morning. He was said to have sustained “multiple significant injuries” during the incident, the Coast Guard said.

“Carnival Cruise Line can confirm that a 23-year-old male guest sailing on Carnival Valor was injured on board and, after being evaluated by the ship’s medical team, it was determined that he required further evaluation and treatment,” Carnival added in a statement shared with Fox News.

The passenger was airlifted to the New Orleans University Medical Hospital along with the ship’s doctor, arriving at the facility in “critical condition.” (U.S. Coast Guard 8th District Heartland)

“He was airlifted off the ship via helicopter and transferred to a shoreside medical facility.”

The U.S. Coast Guard’s 8th District confirmed in a news release that they were notified of the emergency around 1:14 a.m. on Tuesday. A crew in an MH-65 Dolphin helicopter was then dispatched from Air Station New Orleans to the ship.

The man was then transported to the New Orleans University Medical Hospital along with the ship’s doctor, arriving at the facility in “critical condition.”

The Coast Guard added that the man fell “approximately five meters,” or a little over 16 feet.

The man suffered the accident aboard the Carnival Valor, seen here docked at the Port of Galveston in Texas in 2017. (Luke Sharrett/Bloomberg via Getty Images)

Carnival could not comment on the passenger’s current condition.