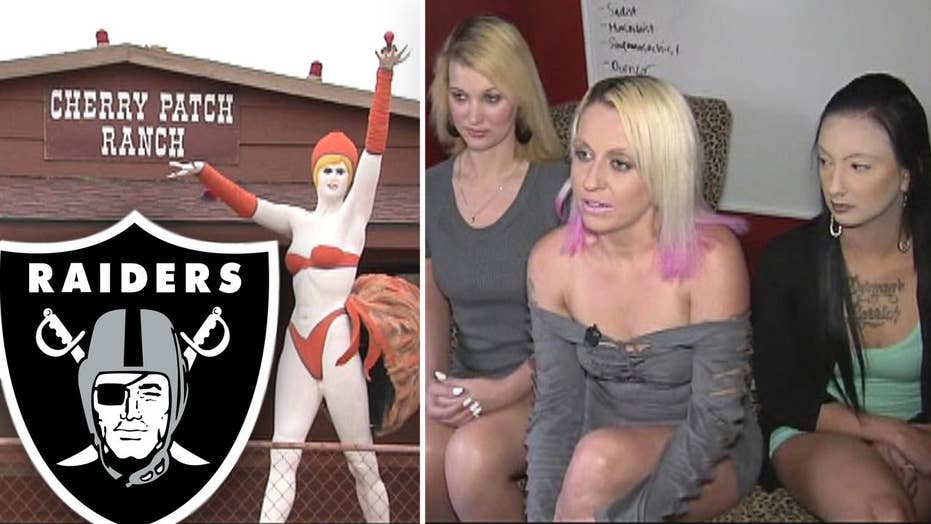 Now that the Oakland Raiders are officially moving to Las Vegas, at least one Nevada business mogul is hoping to score big with a new twist on the world's oldest profession.

Dennis Hof, the owner of the infamous Bunny Ranch brothel near Carson City, Nev., has announced plans to open a Raiders-themed bordello to cater to sports fanatics near Sin City.

"I've had a license for a seventh brothel near Las Vegas for some time now, but I was waiting for the right time to launch another house of debauchery," Hof explained in a press release. "The Raiders coming to Vegas will mean big business for me, so my next sex den will honor the 'Men in Black' and their 'Raider Nation.’”

The new bordello, which Hof is calling the “Pirate’s Booty Sports Brothel,” will open sometime before the end of the year in Crystal, just over an hour’s drive from the Las Vegas Strip.

According to the press release, Hof is hoping his “sex palace” will also cater to incoming athletes in addition to as die-hard football fans. He’s already extended a half-off deal for all Raiders players and staff, and he plans to build a VIP suite for their exclusive use.

"Pirate's Booty will have the magnificent 'Darrell Russell Hall of Dames,' named after the late-great Raiders' defensive tackle and well-known Bunny Ranch patron," Hof said of the exclusive bedroom. "That VIP suite will be exclusively available to Raiders players and other high-profile athletes.”

A spokesman for Hof told Fox 5 Las Vegas that his boss is currently hard at work trying to fill all the open positions at the Pirate’s Booty Sports Brothel with local workers.

“Dennis is kinda trying to fast-track this,” the spokesman told Fox 5. “Cashiers, managers, cooks, maids, cleaning personnel, drivers — we will hire all local people to come and fill these spots.”

“By the time that everything is done here, it’s really going to be a bit of a theme park,” the spokesman said of the brothel, which features a bar, a pool table, and multiple big-screen TVs. “You might not have even known that sex is being had here,” he later added.

Hof, however, said there's one small detail he still hasn't managed to iron out.

“(We’ll be) staffed with a collection of cheerleader-garbed working girls called either the 'Wide Receivers' or 'Tight Ends,’” said Hof. “I haven't yet decided."