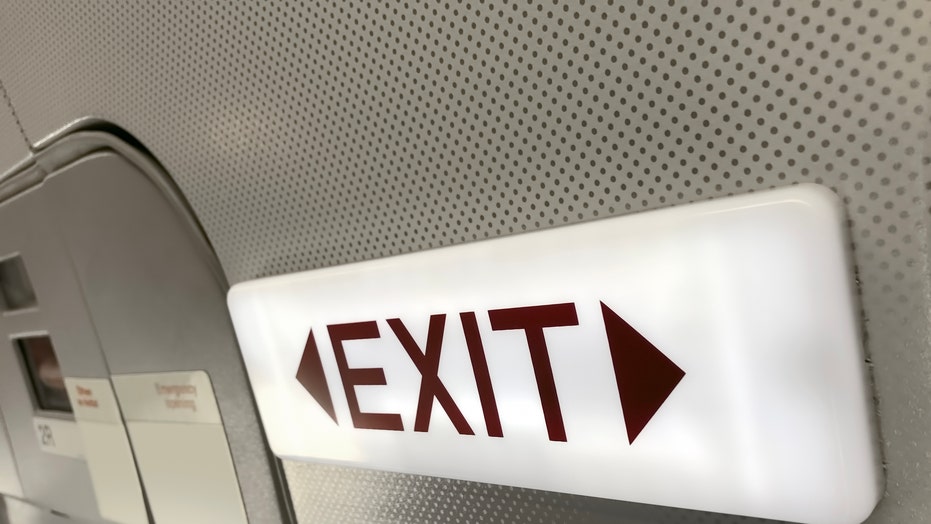 A man suffering a panic attack aboard a British Airways flight to Saudi Arabia needed to be calmed by the cabin crew and fellow passengers — which included a heavyweight’s entourage — after attempting to open a cabin door in midair.

The passenger, who was not identified, had reportedly left his seat about an hour before landing in Riyadh on Monday, screaming “I want to get out” and attempting to yank on the lever of a cabin door near the rear of the aircraft, The Guardian reported.

The passenger had reportedly suffered a panic attack aboard the aircraft, only an hour before its scheduled landing in Riyadh, Saudi Arabia. (iStock)

The man’s activity sparked concern among fellow passengers, including the brother of British boxer Dillan Whyte, who was en route from London to Riyadh ahead of Dillan’s undercard fight at the Diriyah Arena on Saturday. A cabin crew member, as well as other members of Dillan's entourage, responded as well.

“It was like something out of a movie,” Dillan's brother, Dean Whyte, told the Guardian. “When I got there, he was shouting ‘I want to get out’ in broken English. I managed to grab him and was preparing to slam him hard if necessary but myself and the steward could see he wasn’t quite right in the head so I held him and tried to calm him down. Eventually, it worked.”

Ian McNally, another traveler who first attempted to stop the panicking passenger, said he recalled seeing Dean, who is 6-feet, 7-inches, coming to his aid.

“I was mightily relieved when I saw him rushing to help,” McNally told the Guardian.

In a statement shared with Fox News, British Airways confirmed that the passenger was indeed suffering a panic attack during the incident.

“Our cabin crew cared for a customer who suffered from a panic attack during the flight,” British Airways confirmed, adding that there was never any danger to other passengers during the incident. (iStock)

“Our cabin crew cared for a customer who suffered from a panic attack during the flight,” a representative for the airline said. “We are sorry for any concern this caused our customers.”

The passenger was later returned to his seat, where he remained until the flight landed in Riyadh.

Following the incident, British Airways reiterated that there was never any danger to other passengers. Experts also say it’s not possible for a person to physically open a cabin door on a pressurized aircraft midflight, at least not without some type of hydraulic jack.

“It’s physically impossible,” Jason Rabinowitz, an aviation blogger, once told Travel + Leisure of a human being able to open a cabin door at cruising altitude.