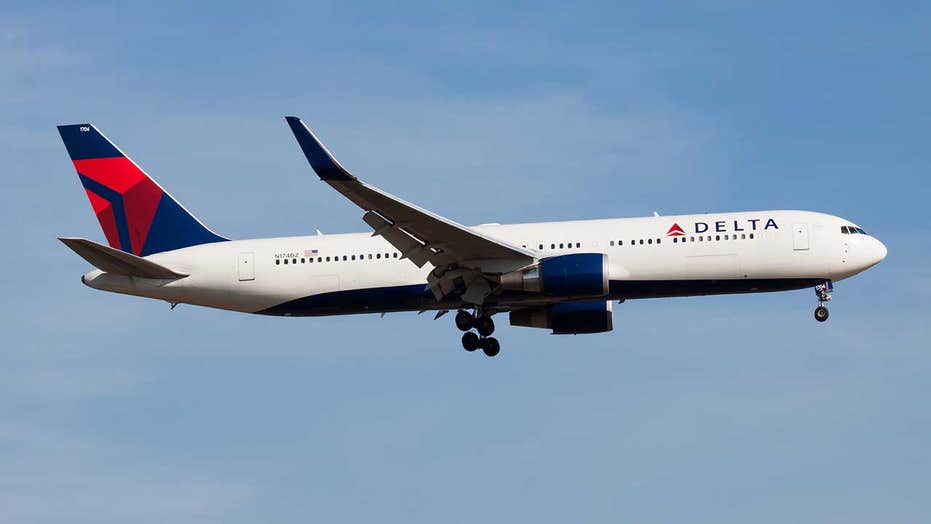 An inflatable slide detached from a Delta Air Lines aircraft and crashed down into a Massachusetts man’s front property, not far from where he was doing yard work.

The Boeing 767, which had departed from Paris, was making its descent into Boston Logan International Airport on Sunday when the pilot reported hearing a “loud noise,” confirmed the Federal Aviation Administration (FAA), which is investigating.

“Workers inspected the aircraft after landing and discovered that the right rear evacuation slide was missing,” the FAA wrote.

The slide ended up in the front yard of Milton resident Wenhan Huang, according to WCVB, who said the slide damaged several branches of a Japanese maple tree before it slammed into the ground.

"It's kind of crazy," Huang told the outlet, adding that the slide was heavy enough that it took at least two or three people to lift it.

Huang's neighbor, who spoke with the Boston Herald, added that she believed the two of them would be dead if the slide had hit them directly, as they were both standing a short way away from where the 6-foot slide landed.

Delta has launched an investigation into the incident, confirming that the slide that fell was an “inflatable over-wing slide.” (iStock)

“No injuries or ground damage were reported to the FAA, which is investigating,” the FAA said.

Delta, too, has launched an investigation into the incident, confirming that the slide that fell was an “inflatable over-wing slide.”

“Delta is investigating an inflatable over-wing slide that was retrieved following an aircraft’s landing into Boston’s Logan Airport. The flight landed without incident and taxied to the gate under its own power," an official said.

Sunday’s incident wouldn’t mark the first time the residents of Milton were shocked at what came falling from an aircraft landing at, or leaving from, Logan airport. In 2010, the body of a teenager from North Carolina was discovered in a wooded area of the Boston suburb after falling from a departing plane, having stowed away in a wheel well.