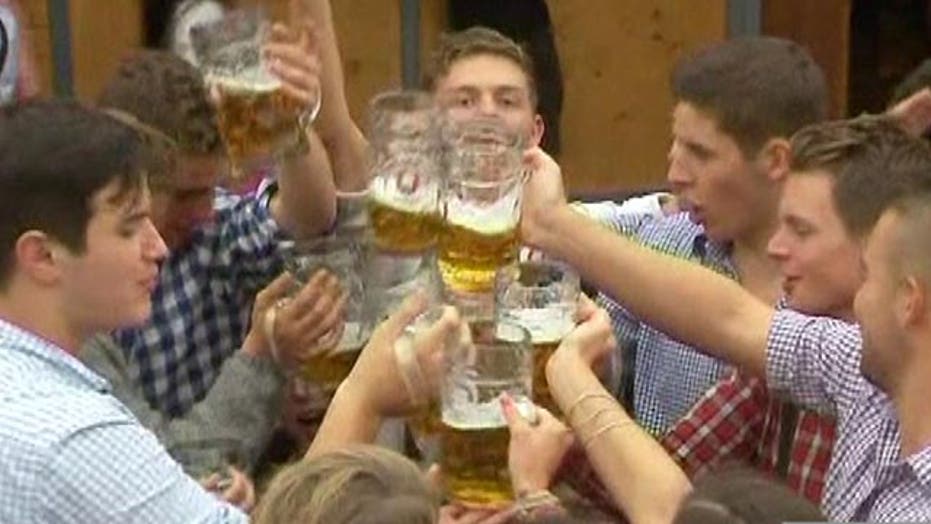 Best places to celebrate Oktoberfest in the U.S.

Beer, food, music, dancing and games: it must be Oktoberfest.

Everyone can enjoy Oktoberfest, that German ritual that dates to the 1810 wedding of Bavarian King Ludwig. In Germany, the whole month showcases local beers with Oktoberfest family events and community dinners where kids are always welcome. But several U.S. towns with German heritage throw such a good party you'd think you were in Munich.  The the first two weekends in October features some of the best, like New Ulm Oktoberfest in Minnesota and Vail Mountain, with many family events scheduled in the base villages.

But it's not just about beer anymore.

Whether you’re in Wisconsin or Washington State, Virginia or California or upstate New York, you’ve got your pick of fall festivals with plenty of music, local brews and local wines as well.

Celebrate Oktoberfest wherever you are, from Mount Snow Oktoberfest (Oct. 10) in Vermont to Chattanooga Oktoberfest (Oct. 19) in Tennessee. The Sonoma County Harvest fair (Oct. 4) promises to feature plenty of wine and microbrew tastings.  While in Colorado, there’s the Breckenridge Craft Spirits Festival (Oct 4-6), the first of its kind in the state featuring small-batch distillers, artisan spirit seminars and plenty of samples, as well as good eats.

How about a weekend biking on Cape Cod, Mass. after the crowds are gone or wine tasting  in Washington state?

Go with the guys or the girls.  You’ll find plenty to laugh about, especially in small towns. There’s  a Cream Cheese Festival in Lowville, N.Y., home of the world’s largest cream cheese plant, and the Wife Carrying Contest at Sunday River, Maine’s Fall Festival.  Go to the Cranberry Festival (Oct. 12) on Nantucket Island or the Dia de los Muertos Sunday, Oct. 27, 2013 in Oceanside, Calfi.

For more ideas, check  out the Taking the Kids Fall Getaways Guide.