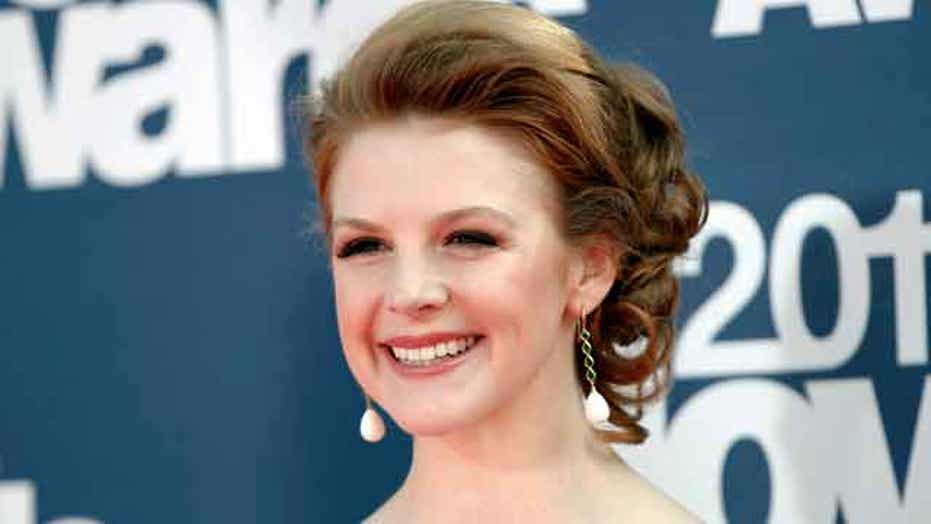 Actress Ashley Bell talks about her trip to Cambodia to film a documentary she is producing, called

On a recent trip to Cambodia, actress Ashley Bell got to do what tourists only dream of doing: hug an elephant.

The star of the "The Last Exorcism: Part II" traveled to Asia in her role in "Love and Bananas" --a new documentary about the plight of Asian elephants in captivity.

As graduate of NYU’s Tish School of the Arts, Bell isn't afraid to embrace a variety of roles that let her strong acting chops shine. From thrillers to action adventure, and even romantic comedies, there isn’t a role this budding actress won’t take on. Now, she can add activist to her resume.  By helping to raise the profile of those who dedicate their lives to rescuing elephants – from zoos, circuses, logging facilities, and tourist attractions -- she's found a new appreciation of this part of the world.

She says this project wasn't much of a reach, because she was always surrounded by rescue dogs and cats growing up. But her time in Cambodia has opened her eyes even more to the mistreatment of elephants.

Fox 411: What did you learn in your travels?

Bell: It was absolutely remarkable. People could not have been nicer.  I, unfortunately, did learn that Cambodia is going through a very bad problem with deforestation. While we were filming the documentary, we went up in a helicopter and filmed a lot of the rain forest.  I believe 75 percent of the rain forest is being, has been, cut down.  So in working with the Cambodian Wildlife Sanctuary, they're looking to restore that rain forest, provide more jobs for local villagers so they won't need to cut down trees for money.  And, also to provide a home for rescued elephants.

Fox 411: Tell us a little more about the documentary.

Bell: "Love and Bananas" --it's in its very first stage. We got the initial filming done in Cambodia in January.  And it is about the plight of Asian elephants. These elephants have been rescued from logging facilities as working elephants, circus performing elephants, and also, tourist elephants.  A lot of tourists, when they visit, they offer elephant rides.  And, what's important to know is, elephant rides are abusive to elephants. It's not in an elephant's nature to be captive and chained and ridden, as much fun as it seems, it takes a toll on the elephants and they do suffer, and the elephants that are at the sanctuary have actually been freed of that and are now roaming the jungle where they're meant to be.

Fox 411: Were you aware of this cause before working on this film?

Bell: I was aware of what it took to break an elephant. You know a wild elephant, there are no wild elephants left in Cambodia. And I learned that when I arrived there. And to train a wild elephant, you have to break a wild elephant.  And that's a very abusive process. And  that process happens from Cambodia to the United States to zoos and circuses all around the world.  It's the same process of breaking an elephant.  And, a tool called the bull hook is used, which is used for abuse. And at the sanctuary, that's banned.  They believe that you can guide an elephant with love and bananas.  Hence the name of the documentary, "Love and Bananas"-- and you can check it out at LoveAndBananas.com.

Fox 411: Did you do anything else besides working while in Cambodia?

Bell: This was my first time in Southeast Asia, so being immersed in that culture was absolutely incredible. The smells, the food, it's just, it tastes so beautiful. The fruit is so fresh. There's no pesticides. The salads and the vegetables, I'm a vegetarian, so let me gush about vegetables. They're organic and they're fresh and they taste the way they're meant to.  I also went on a floating village. It's a whole village out on the water. There's a school. There's a church. They have markets. You can have dinner on the floating village. It's incredible. I've never seen anything like that before.

Bell: The second I left, I wanted to make it a point to go back. To go back and visit Cambodia and also Thailand, I've heard the people who are helping with the documentary, Save Elephant Foundation, have a sanctuary in Thailand that I'm just dying to go visit, but I hope to go back to Cambodia. We've filmed the first part, we're fund-raising to now film the second part and, it's a story as big as the elephants we're filming.  I think it's going to be a couple trips, so possibly later in the summer and then maybe after that just to see the journey these elephants take to recovery and the rescue of new elephants.