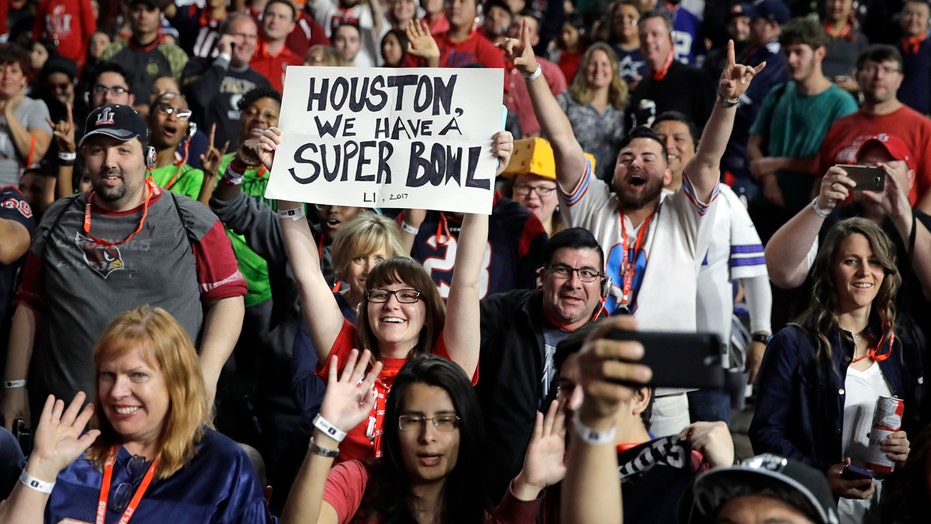 The biggest sporting event in America is just days away

Football fans from around the country are already loading up on team gear, drinks and plenty of party snacks to celebrate Super Bowl LI.

Houston is expecting an estimated 1 million visitors this weekend but around the country, hundreds of millions of viewers are expected to tune in to watch the New England Patriots take on Atlanta Falcons.

There are plenty of ways to get your game on this weekend-- whether you're watching in a swanky suite, at a larger-than-life party or enjoying the game with a small group-- even if you don't like football.

Lady Gaga will perform during the half time show, and many will be keeping an eye on the commercials – some costing an average of $5M for just 30 seconds, according to WalletHub.

But big companies aren't the only ones shelling out big bucks for the Super Bowl. Pizza Hut estimates it will be selling over 2 million pizzas this Sunday-- that's enough pie square footage to cover an entire football field twice, or 27.8 pizzas per each game attendee in Houston. Nationwide, football watchers will consume an estimated 1.23 billion chicken wings and over 8 million pounds of guacamole.

But of course that's not all they'll be eating and drinking.

How much do people spend on beer? How long is the average game day ad? Check out more surprising Super Bowl facts by the numbers: