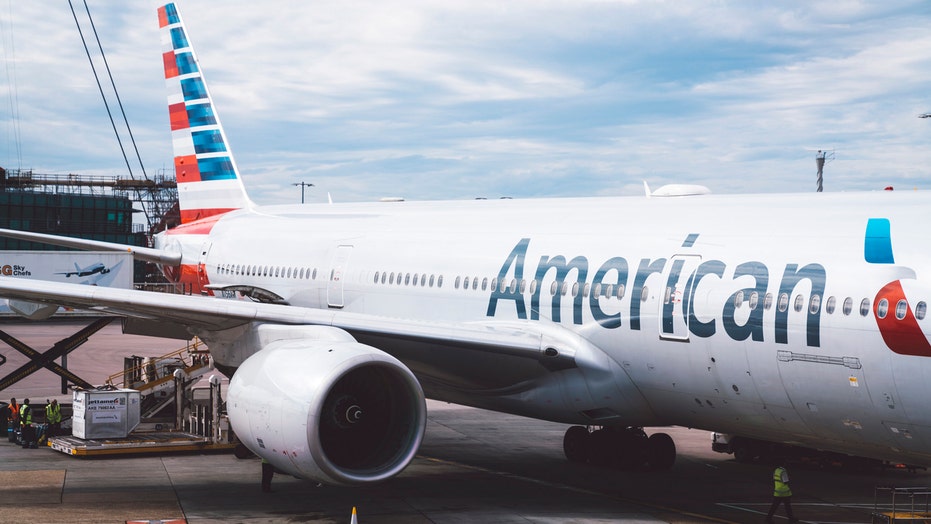 UPDATE: A spokesperson for American Airlines sent Fox News the following statement: "American Airlines thoroughly reviewed an incident on June 17 involving one of our customers, Brandon Straka. As a result of this review, Mr. Straka will not be permitted to fly American, as he failed to comply with our stated policy and crewmember instructions. We are committed to protecting the safety and well-being of our customers and team members, which is why we strengthened enforcement of our policy for required face coverings on board. We expect customers who choose to fly with us to comply with these policies, and if necessary, we will deny future travel for customers who refuse to do so. Restricting travel is a step we take very seriously, and it will only occur after a comprehensive review of the facts of an incident. Mr. Straka will be permitted to fly with us once face coverings are no longer required for customers."

A conservative media personality claims he was unjustly booted from an American Airlines flight for refusing to wear a face covering — but all major airlines had warned passengers days ago that there would be repercussions for failing to comply with their latest mask requirements.

AIRLINES STRENGTHEN MASK POLICIES, WARN OF CONSEQUENCES FOR THOSE WHO REFUSE TO WEAR ONE

Brandon Straka, the founder of the WalkAway campaign, shared his side of the incident on Periscope shortly after he was removed from the flight, claiming that American Airlines told him it was against the “law” for him not to wear a mask — a statement Straka claims he disputed. But while there is no mandate from the Federal Aviation Administration to require masks of airline passengers, it is currently up to the discretion of the airlines themselves to decide whether the masks are mandatory.

Meanwhile, American Airlines, along with every other major U.S. carrier, has announced that they are indeed requiring masks of customers on flights. Furthermore, Airlines for America — a trade union that represents American Airlines as well as Alaskan, Delta, Hawaiian, JetBlue, Southwest and United — had announced only Monday that airlines would begin more serious enforcement of the mask requirements they had already had in place for months, and dole out “consequences for noncompliance.”

American, too, has said they will deny boarding to customers who refuse to comply, and perhaps even “deny future travel." A representative for the airline also confirmed to Fox News that while the mask requirement is not a federal mandate, it is American's policy, for which the carrier has the right to refuse service.

On Monday, American Airlines announced stricter repercussions for passengers who refuse to wear face masks, including the possibility of being denied "future travel." (iStock)

Straka, however, claimed on Periscope that he was never asked if he had a condition that prevented him from wearing a mask (he alleges he was only asked once he got off the flight), instead claiming that the flight crew was “intimidating” him into wearing a face covering.

Later in the video, Straka said he was being booked on a later flight, on which he would likely wear a face mask anyway, as he claimed he had an important appointment the following day.

“I have to get there one way or another, but this is like, insane. Absolutely insane… we don’t have a choice anymore,” Straka told his followers. “And just so you know, it’s not the law.”

Straka was not immediately available to offer further comment.

American Airlines has since confirmed that Straka was removed from his original flight from New York City to Dallas, but he later said he would follow their mask protocol when being rebooked on a later flight.

“Prior to the departure from the gate of American Airlines flight 1263 from New York’s LaGuardia to Dallas/Fort Worth, Brandon Straka declined to wear a face covering. After he refused to comply with the instructions provided by the flight crew, our team members asked him to deplane. He deplaned and the flight departed the gate four minutes late at 12:34 p.m. ET,” the airline wrote in a statement shared with Fox News.

“Mr. Straka stated to our airport team members that he would comply with our policies, and was rebooked on a later flight. Our team is reviewing this incident, and we have reached out to Mr. Straka to get more information.”