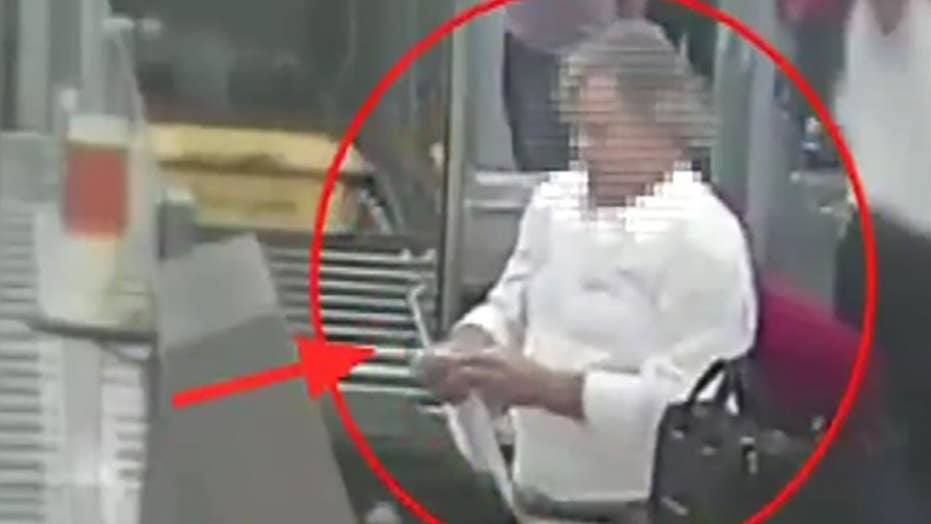 A thief at an airport in Rome was caught red-handed by security footage stealing over $9,000 cash from another passenger as they went through security.

The Polizia di Stato, one of the national police forces of Italy, released the CCTV footage from Fiumicino Airport on Twitter Friday.

The video shows one man in a striped T-shirt place two envelopes containing cash in a tub on the conveyor belt as he waits to go through the X-ray machine. Behind him, a man in a white shirt passes through a different X-ray machine and comes out ahead of the first man.

As their belongings come through the machine to be picked up, the man in the white shirt sees the envelopes full of money and grabs them before taking his own belongings and disappearing. The man in the striped shirt then comes through the X-ray machine and starts frantically searching all the empty tubs for his missing money.

According to the police, the thief hid the money in the bathroom to take at a later time. He was eventually arrested and the money, which was to be used for the medical care of the owner’s relative, was returned.

“Airports work closely with their security staff and local police forces to ensure that the nearly 300 million passengers that travel through U.K. airports every year do so in a safe and secure environment," a spokesperson for the Airport Operators Association told The Independent. "Thanks to this secure environment, incidents at U.K. airports are extremely rare. Airports will continue to focus on providing passengers with peace of mind during their travels.”