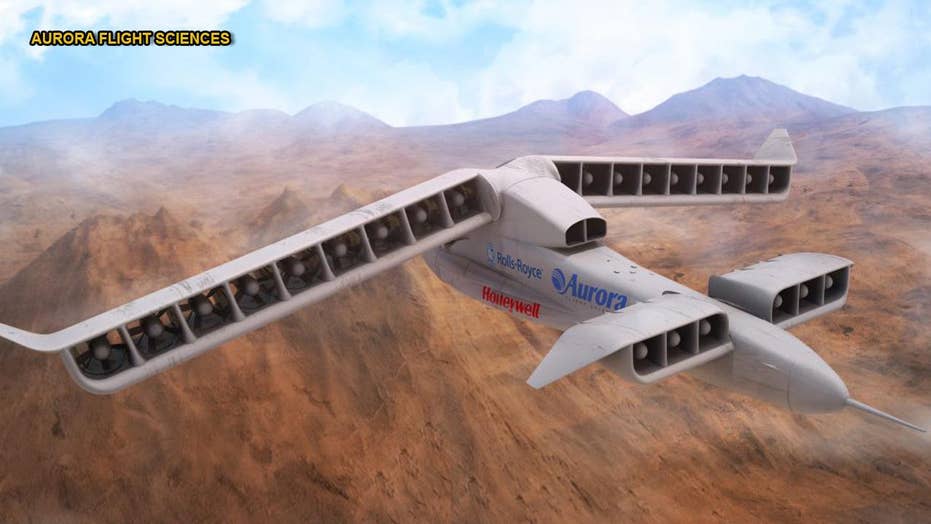 A revolutionary new drone will fly faster and farther than ever before.

The advances made with this electric aircraft hybrid – part helicopter and part airplane – could help pave the way to a future where every ground unit has a powerful drone at its disposal.

LightningStrike has potential to make missions faster, travel more stealthy and quiet – and not to mention safer- for American warfighters.

And this aircraft does not need a runway to land. The U.S. military would have the freedom to land it just about anywhere. The drone is designed to provide access to the most remote and extreme terrains.

The U.S. Air Force and DARPA have now dubbed Aurora Flight Science’s LightningStrike … the XV-24A. It was selected as the final contender to move forward in DARPA’s VTOL X-Plane program.

LightningStrike is a tilt-wing drone that is powered by an “Electric Distributed Propulsion system.” In the future, the advanced technologies developed could be leveraged for manned aircraft as well.

Why would the military need this experimental aircraft?

Helicopters have provided the US military with critical VTOL capabilities for more than six decades.

According to DARPA’s figures, about 100,000 pounds of supplies are needed at combat outposts a week.

To provide that sort of support requires overcoming a lot of challenges. Forward Operating Bases can often be in locations that are very difficult to reach. Ground transport means threats like hidden IEDs and ambush. A mountain location, for example, can even mean there are no roads.

Helicopters are vital, but often there is so much demand for helicopters in a war zone there are not enough to go around.

Like U.S. military helicopters, it can provide hovering, omnidirectional maneuverability, and lands on almost any flat surface – and more.

The drone could theoretically be used for missions such as resupply, casualty evacuation, and tactical insertion and extraction. It could even be capable of other missions too like intelligence, surveillance, and reconnaissance (ISR).

PODCAST: GO BEHIND THE SCENES OF NATIONAL GEOGRAPHIC’S NEW SERIES “THE LONG ROAD HOME” WITH THIS ARMY RANGER EXPERT

And this drone could go faster and farther

DARPA has challenged Aurora Sciences to achieve their goal of a top sustained flight speed of 400 knots (460 mph).

WILL COMBAT VEHICLES USE URINE FOR FUEL?

The Blackhawk has a maximum speed of about 160 knots and the Osprey about 270 knots.

Speed is important. By increasing speed, it is possible to reduce exposure to enemy attack. It also means mission times can be shortened and possibly even help ensure mission success.

It will be the first aircraft in aviation history to demonstrate distributed hybrid-electric propulsion using an innovative synchronous electric-drive system, according to Aurora Flight Sciences.

In addition to better speed, this electric aircraft would provide quieter and more fuel-efficient flights.

Aurora Sciences has also cracked the huge challenge of obtaining better speed without compromising on payload and range as well.

DARPA’s aim is for this new aircraft to be able to carry about 40 percent of its 12,000 pounds of weight.

Another key objective of the initiative is to greatly improve hovering. The aim is to increase hover efficiency from 60 percent to at least 75 percent.

PODCAST: MEET THE AIR FORCE PJ WHO SAVED LIVES IN THE REAL “BLACK HAWK DOWN” AND STARRED IN “LONE SURVIVOR”

And since LightningStrike is designed to be runway independent, not only can it access extreme remote locations faster, and deliver better hovering -  it can also land there without any preparation on the ground.

LightningStrike has a very unique, futuristic look to it.

Aurora’s design for the drone incorporates two large rear wings and at the nose of the aircraft there are two smaller front canards. These are like little winglets that can enhance aircraft control.

The distinctive look is due in part to the 24 variable-pitch ducted fans. There are nine of these ducted fans integrated into each wing and three inside each canard.

The wings and the canards rotate to direct fan thrust. To fly forward, it would be rearward. To hover, it would be downward.  Electric motors drive these to deliver thrust. This enables the groundbreaking drone to both hover and cruise.

When will they fly in war zones?

Earlier this year, a smaller scale prototype went through flight testing in Maryland. The groundbreaking drone was extremely successful.

To put this into context, this is no hobby sized drone. A Black Hawk helicopter has about a 54- foot wingspan and the expectation is that the LightningStrike will have a 61-foot wingspan.

The full scale prototype is scheduled to begin flight testing next year in 2018.