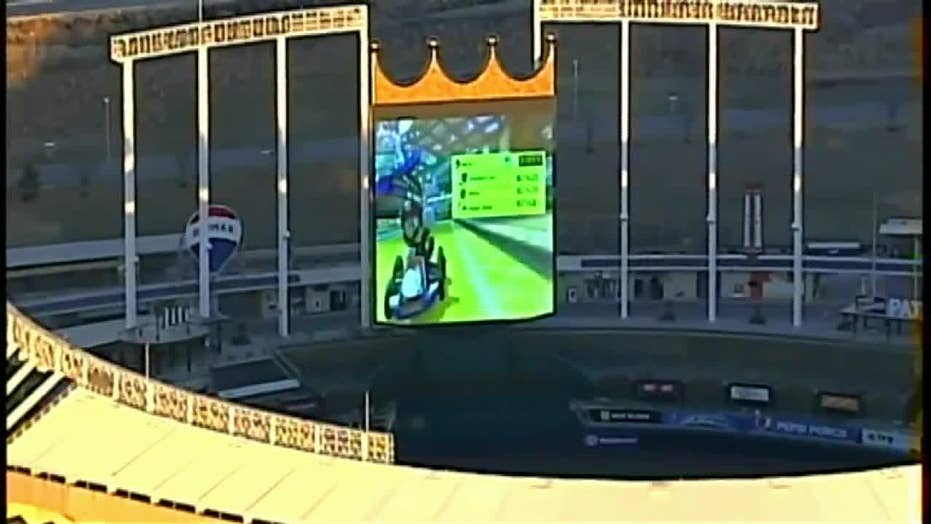 A local news station’s helicopter, scoping out the site of Saturday’s NFL playoff game between the Kansas City Chiefs and the Indianapolis Colts, somehow caught an altogether different game in progress at the neighboring stadium.

KCTV’s helicopter was gathering aerials of Arrowhead Stadium on Tuesday when it noticed that a super-size game of Mario Kart was being broadcast at neighboring Kauffman Stadium, less than half a mile away.

So who was using the facility, and its 105-foot-tall display, during the Kansas City Royals’ off-season?

Mystery solved. Turns out it was Royals Charities, the franchise’s own foundation.

“This is a part of a @Royals Associates fundraiser with us to kick off the year!” the team wrote on Twitter. “You may even see a video game party on CrownVision as an auction item in 2019.”