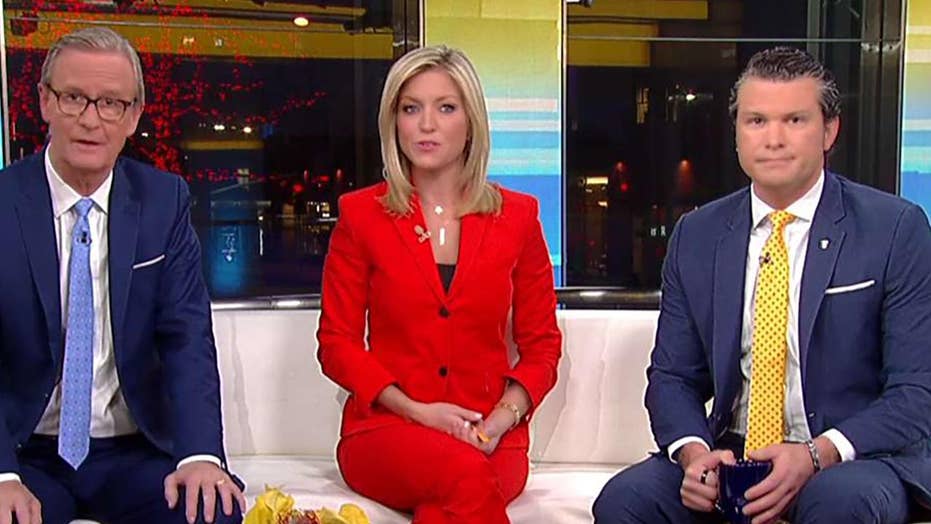 Twitter CEO admits they were 'too aggressive' in banning conservatives

Jack Dorsey admits mistakes were made during an interview.

Twitter CEO Jack Dorsey said the platform has been too aggressive in banning certain accounts during a wide-ranging discussion about how right-wing activists have been treated.

During an appearance on Joe Rogan's podcast, the tech executive and his chief legal officer, Vijaya Gadde, discussed a range of controversies surrounding Twitter's banning of accounts in the wake of harassment, hate speech or other violations of its policies.

The company has been accused by people on all sides of the political spectrum of allowing extremism to flourish and having policies that are not enforced or are applied arbitrarily.

The discussion touched on several controversial topics but focused mostly on the "learn to code" tweets that were sent to journalists as part of a coordinated harassment campaign last month. The memes, which originated on 4chan, were then shared by a wider number of Twitter accounts and contained threatening or violent language and images.

CREEPY AI WILL SPOT SHOPLIFTERS BEFORE THEY EVEN STEAL

Dorsey told Rogan that the company had researched the incidents, finding there were "thousands and thousands" of tweets being directed at a small number of journalists and that many of those sending them were accounts that had been specifically created to evade a ban.

Gadde explained that their research showed how the phrase was apparently part of what the company calls a "pile-on," during which a vast volume of tweets is being sent to one person. She reportedly defended the fact that many of the people had been kicked off the platform since many of the tweets were being used alongside harassment and threats.

Twitter's legal chief also said that the company would learn from its past mistakes.

"Where we draw a line is when people use their voice and their platform to use their voice to silence someone else on the platform," Gadde said on the podcast. "It’s rare for us to outright ban someone without warning."

However, Dorsey then seemed to backtrack regarding some of the bans.

FACEBOOK WILL TURN YOUR PROFILE INTO 'VIRTUAL GRAVE' WHEN YOU DIE

According to The Independent, the Twitter CEO said the bans were probably the consequence of "our team having a lack of context into what's happening as well."

He later said that Twitter "would fully admit we were probably way too aggressive when we first saw this, as well."

A source familiar with the topics raised on Joe Rogan's podcast told Fox News the company would like to be less focused on a purely enforcement-based system and think more broadly about how to educate the platform's users about its rules and policies — so they don't violate them in the first place or become repeat offenders.