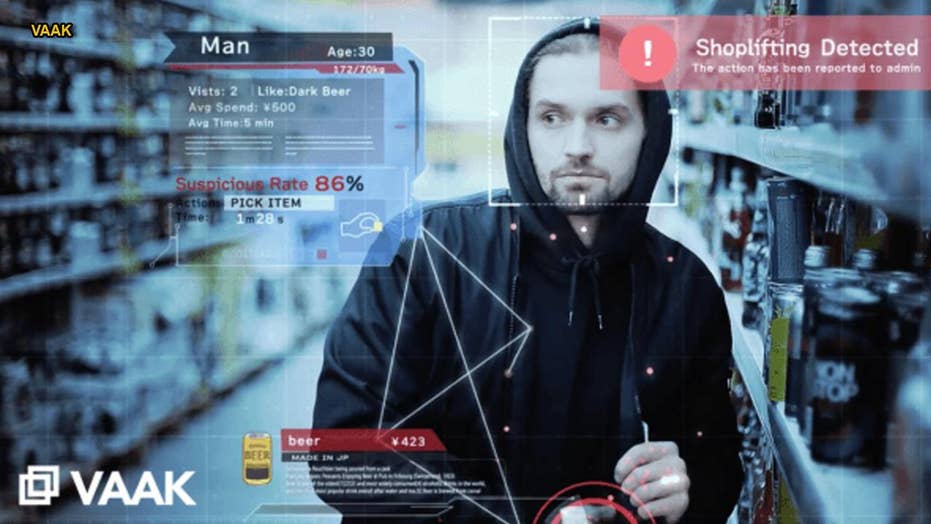 Creepy AI will reportedly spot shoplifters before they steal

A Japanese company has developed software that can detect whether someone will steal before they actually do it. Japanese startup Vaak has developed a new AI system that can analyze security footage in order to 'read' a person's body language to detect fidgeting, restlessness and other cues in order to spot and stop potential thieves before they commit a crime.

A creepy new AI system could identify shoplifters before they actually steal based on their body language.

Japanese startup Vaak has developed software, which it is already marketing to a range of retail clients, that analyzes footage from security cameras to spot fidgeting, restlessness and other body language cues that could be suspicious.

According to Bloomberg Quint, the "Minority Report"-style technology uses algorithms to analyze the footage and then alerts retail staffers about potential thieves via an app, with the overall goal of preventing theft.

The company's software reportedly helped capture a shoplifter in 2018 at a convenience store in Japan.

"I thought then, 'Ah, at last!'" Vaak founder Ryo Tanaka told Bloomberg Quint. “We took an important step closer to a society where crime can be prevented with AI."

Vaak reportedly began selling the shoplifting-detection software this month, and it plans to be in 100,000 stores across Japan within three years.

However, a recent study from MIT found that artificial intelligence systems can exhibit racist and sexist biases, depending on what type of data is used. Amazon, for example, has been slammed by lawmakers and privacy advocates over bias in its AI-based facial recognition systems.

"If we go into many retailers whether in the U.S. or U.K., there are very often going to be CCTV cameras or some form of cameras within the store operation," Thomas O’Connor, a retail analyst at Gartner, told Bloomberg Quint. "That’s being leveraged by linking it to an analytics tool, which can then do the actual analysis in a more efficient and effective way."

Vaak's founder said his company is just discovering the "market potential" of its systems.