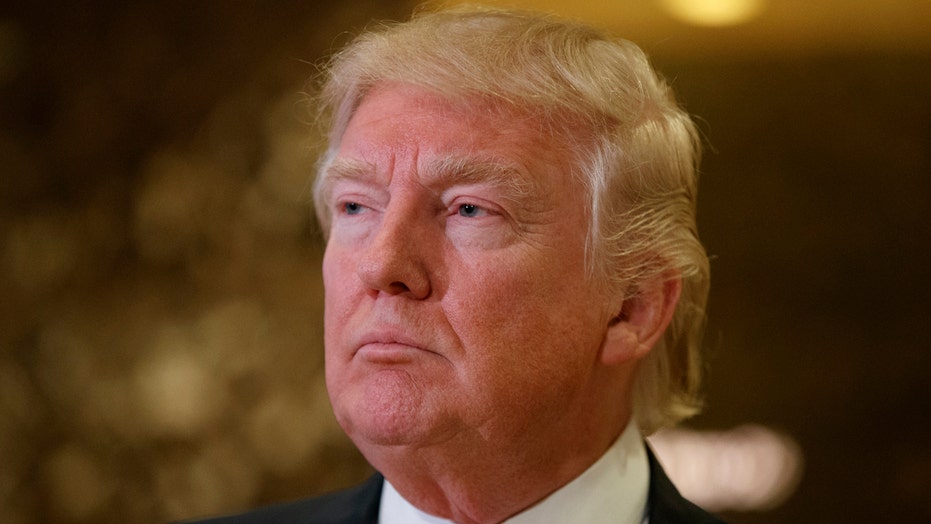 President-elect Donald Trump may have turned his Twitter account into a powerful political weapon, but experts warn that hackers could potentially use the same account to wreak havoc from the White House.

Trump will continue using his @realDonaldTrump account when he takes office, he told The Times of London in an interview published Monday. Trump, who has 20.1 million Twitter followers, said that he won’t personally be taking over the @POTUS government account used by President Obama.

Attackers are likely already eyeing the @realDonaldTrump account, according to experts. “I think there will be people that will do their best to try to hack his account,” social media expert and President of JRM Comm Jason Mollica, told FoxNews.com. “It would not surprise me in the least to see people try to hack him - his team at the White House will have to be very vigilant to make sure that that doesn’t happen on their watch.”

“Hackers could cause major scandals or major international issues if they simply posted a message,” added Evan Blair, co-founder and chief business officer of social media cybersecurity company ZeroFOX. “If the account were ever to be compromised, we could have military tensions flare up, we could have civil unrest.”

Blair told FoxNews.com that something as simple as Trump clicking on a link in a Twitter feed via his Android phone could potentially open the door to hackers. “All you need is one click,” he said. “If he clicks on a malicious link, it could put malware on his phone.”

Trump’s Twitter account has already been hacked, albeit briefly, in 2013, when an unknown attacker tweeted out an offensive lyric by rapper Lil’ Wayne. "My Twitter has been seriously hacked---and we are looking for the perpetrators," tweeted Trump, in response to the incident.

Even the U.S. military has fallen victim to social media hackers. In 2015 the U.S. Central Command’s Twitter and YouTube accounts were briefly taken over, prompting the military to tighten its social media password security.

FLASHING THE PEACE SIGN CAN GET YOUR IDENTITY STOLEN

Trump’s transition team has not yet responded to a request for comment on this story from FoxNews.com, so it is not clear how exactly they plan to protect the 45th President from hackers.

ZeroFOX’s Blair thinks Trump’s team could use specialist management software to keep his Twitter account locked down, ensuring that only tweets from a specific device are allowed. The software could also harness multi-factor authentication and even use location-based security controls, according to Blair.

Additionally, Blair says that a “peer review” component could be built into the software, enabling the President-elect’s team to ensure that the tweet has been posted by Trump himself.

“It’s going to be a matter of his team using the right platform,” added Mollica, noting that constant monitoring of emerging hacking threats will also be key. “It’s a twenty-four/seven, three-hundred-and-sixty-five [day] proposition -- if the administration doesn’t take it seriously, we’re going to see hackers get in there and do some damage,” he said.

The White House announced its digital transition plan before last year’s Presidential election. The @POTUS account will become available to the 45th President on Jan. 20, with a tweet-free timeline. The account will retain all its followers, according to a White House blog post.

President Obama began tweeting from @POTUS in June 2015 and the account has racked up 13.5 million followers. The outgoing President also has the @BarackObama account, which is run by staff at his Organizing for Action campaign group, and has 80.6 million followers.