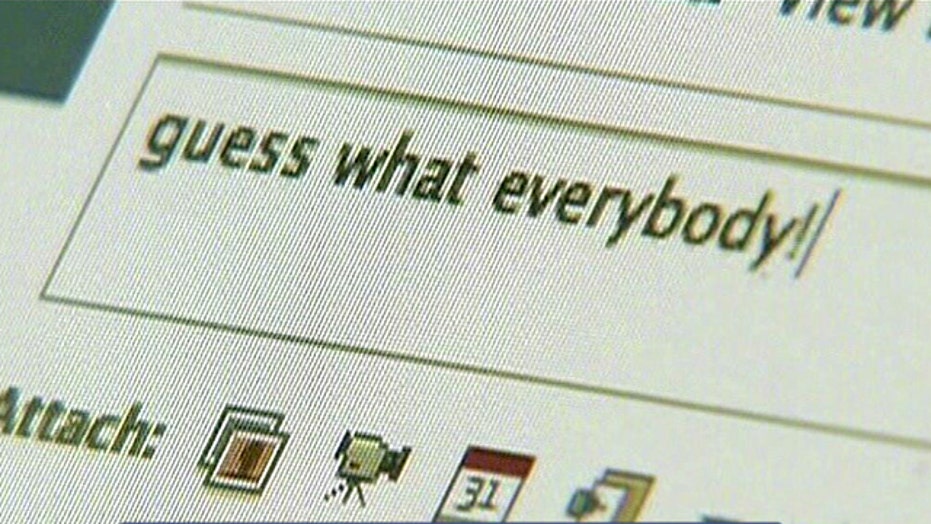 CHICAGO – Amid the debate over government surveillance, there's been an assumption: Young people don't care about privacy.

Turns out, the generation that puts much of the "social" in social networking is much more complex when determining what personal information they want to share.

Sure, they're as likely as ever to post photos of themselves online, as well as their location and even phone numbers, say those who track their high-tech habits.áBut as they approach adulthood, they're also getting more adept at hiding and pruning their online lives.

Despite their propensity for sharing, many young adults also are surprisingly big advocates for privacy -- in some cases, more than their elders.

That attitude showed up most recently in a poll done over the weekend for the Pew Research Center for the People & the Press and The Washington Post. The poll, tied to the disclosure of broad federal surveillance, found that young adults were much more divided than older generations when asked if the government should tread on their privacy to thwart terrorism.

Fifty-one percent of young adults, ages 18 to 29, said it was "more important for the federal government to investigate possible terrorist threats, even if that intrudes on personal privacy."

But 45 percent said personal privacy was more important, even if it limited the ability to investigate possible terrorist threats.

In contrast, less than a third of adults, age 30 and older, told pollsters that preserving personal privacy was more important, while about two-thirds placed higher value on permitting terror investigations, regardless of privacy infringement.

The young adults were much more in line with their elders when asked about the government monitoring specific modes of communication. Pollsters found that a slight majority of adults -- including 18- to 29-year-olds -- said it was "acceptable" for the government to secretly obtain phone call records.

But a similar slight majority also said it was "unacceptable" for the government to monitor everyone's emails and online activity. In an AP-NORC Center survey conducted around the 10th anniversary of the Sept. 11, 2001, terrorist attacks, those younger than age 30 also were most likely to oppose several different means of government surveillance, from emails to phone calls.

It should be noted that the details about surveillance techniques used by the National Security Agency were still emerging as the weekend Pew poll was being done.

"The big insight here is that younger adults are not indifferent to privacy, as many seem to believe," says Lee Rainie, the director of the Pew Internet & American Life Project, which is affiliated with Pew Research Center for the People & the Press.

It also fits with a report that Rainie's staff recently issued on social media, privacy and adolescents, ages 12 to 17.

They found that 91 percent of youth in that age bracket said they post photos of themselves on social networking sites, up from 79 percent in 2006, the last time this survey was done. Just over 70 percent post where they live, up from 61 percent. And 20 percent post their cell numbers, up from 2 percent.

This time, researchers also asked about security and found that 60 percent of youth said they set their social networking profiles to private and were confident about keeping control of those settings. A similar proportion of young respondents said they'd also deleted some of their previous posts, blocked people from their social networking accounts and cloaked their messages with inside jokes or obscure references that only their friends would understand.

Danah Boyd, a senior researcher at Microsoft Research, and her colleagues call the latter habit "social steganography," a term for the hidden messages that ancient Greeks used.

But it's not federal investigators young people have in mind when they write in code, she says.

"While adults are often anxious about shared data that might be used by government agencies, advertisers, or evil older men, teens are much more attentive to those who hold immediate power over them -- parents, teachers, college admissions officers, army recruiters, etc.," Boyd wrote in an online blog about the Pew Internet & American Life findings.

They're also getting more serious about editing their online lives -- and adding more privacy measures -- as they enter the college and work worlds, says Mary Madden, a senior researcher at the Pew Internet & American Life Project.

"They've had to learn to function in this world of constant monitoring," says Madden, who co-wrote her organization's report on young people and privacy.

That includes parents who track their children's mobile devices, computers and accounts. "So they crave the freedom to have a playful space where they can do that," Madden says.

It explains, in part, why teens are moving to more creative and visually driven sites, such as Instagram and Snapchat.

But as they enter young adulthood, their calls for privacy increase.

A study published in 2010 by researchers at the University of California, Berkeley, and the University of Pennsylvania found that a large majority of young adults they questioned in 2009 thought there should be a law that would require website providers to delete all stored information about an individual.

Those young people also wanted a law that would give them the right to know all the information those website providers have about them. Some would include government investigators, too.

"I would highly prefer not having a target on my back for saying something in what I believe is a private forum," says Jayson Flores, who'll be a senior this year at Arcadia University in Pennsylvania.

His views are consistent with the group that falls on the side of privacy over surveillance.

"I was in sixth grade when 9/11 happened -- and the world changed," she says. "I am personally not a fan of big government, but I understand there are needs for security."

But even she believes it's different when it comes to an employer, or even a coach. She was an athlete at Miami and had to agree to have her social networking accounts -- even private ones -- monitored by her coaches.

She recalls one time, when she tweeted something on her locked Twitter account at midnight. Shortly after, her coach texted her: "Go to bed."

"I think there's a line," Grandjean says. "It puts me on edge.. It's a little too close for comfort."

The Pew Research Center for the People & the Press/Washington Post poll was conducted by telephone June 6-9 with a random sample of 1,004 adults, age 18 and older. The margin of error is plus-or-minus 3.7 percentage points.

The Pew Internet & American Life Project privacy poll, completed last September, tallied responses from 802 young people, ages 12 to 17, and their parents. It has a margin of error of plus-or-minus 4.5 percentage points.