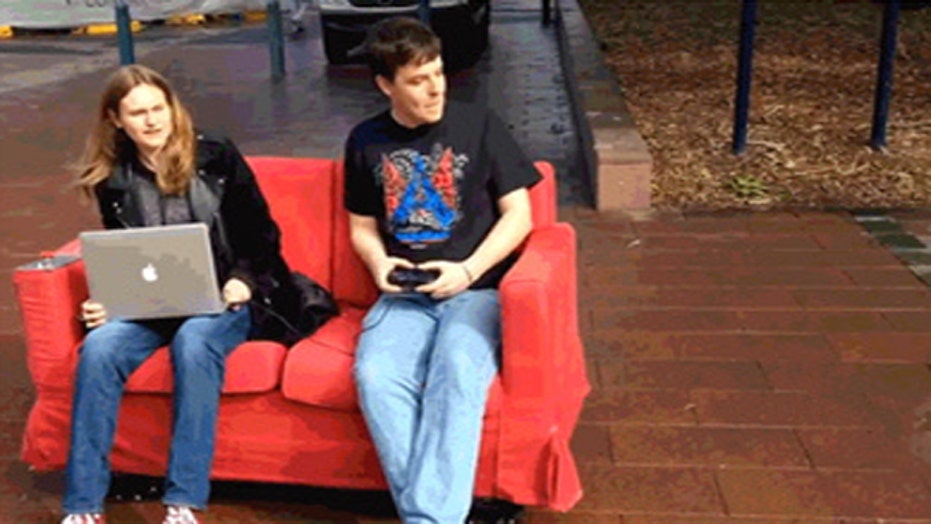 Cruising to class on a couch?

Australian engineering students create 'Robocouch' to get around campus

Robocouch takes students to class without all of that exercise nonsense.  Engadget reports that at the University of New South Wales in Australia there's a two-seater robotic couch that shuttles students to and from class.  The couch was a joke among a few engineering students, who decided to see if their idea could work, and it did!  The moving furniture is controlled by an X-box controller, and so far there are no plans to offer this Robocouch at stores soon.

Poppy 3D lets your iPhone snap 3D Photos and is available now for $59.  According to Appy Geek, the fancy camera that you can put your iphone into and due to a brilliant use of mirrors and magical science, it lets your simpleton iphone take photos and videos that can be downloaded and shared with our Poppy 3D users. Very cool.

Google Glass can tell if you're stressed out thanks to a new Android app called BioGlass, created by researchers at Georgia Tech and MIT, "The software measures your heart and breathing rates by checking for tiny movements picked up by Glass' accelerometer, gyroscope and front-facing cameral,” according to Engadget. At this point, the app only measures your stress-meter but, unfortunately, unlike a tropical vacation, doesn't lower it, so purchasing an expensive toy might just add to that stress level.