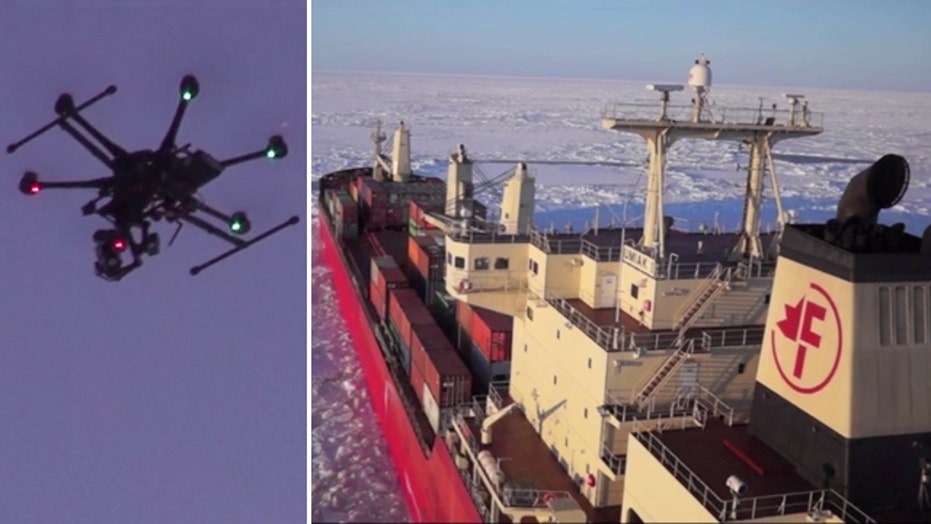 It turns out that all the Titanic needed was a drone.

A Montreal-based shipping company has become the first in the world to use drones to scout out ice hazards as its freighters navigate through the waters of the Arctic.

The company, Fednav, has found the drones, or unmanned aerial vehicles, are able to transmit crucial information back to the wheelhouse, allowing ship captains to thread their way through frozen waters and dodge icebergs, like the one that sank the iconic ship more than a century ago.

“The use of UAVs is proving to be extremely beneficial to identify many ice features that should be avoided ahead of the vessel, as well as identifying open water leads to improve voyage efficiency,” Thomas Paterson, Fednav senior vice president said in a statement. “In addition, the deployment of drones fitted with top-quality cameras, gives the ice navigator another useful aid when making important decisions while transiting heavy ice regimes, and in turn, improved safe navigation."

One of Fednav’s icebreakers, the Umiak I, recently used drones to scout ahead of the ship while it was traveling through the icy waters of the Labrador Coast off Canada, the company said.

The company released a video showing drones taking off from the deck and reporting back on the path ahead.

Fednav said Enfotec, a subsidiary of the company, is helping it with the drone operations.