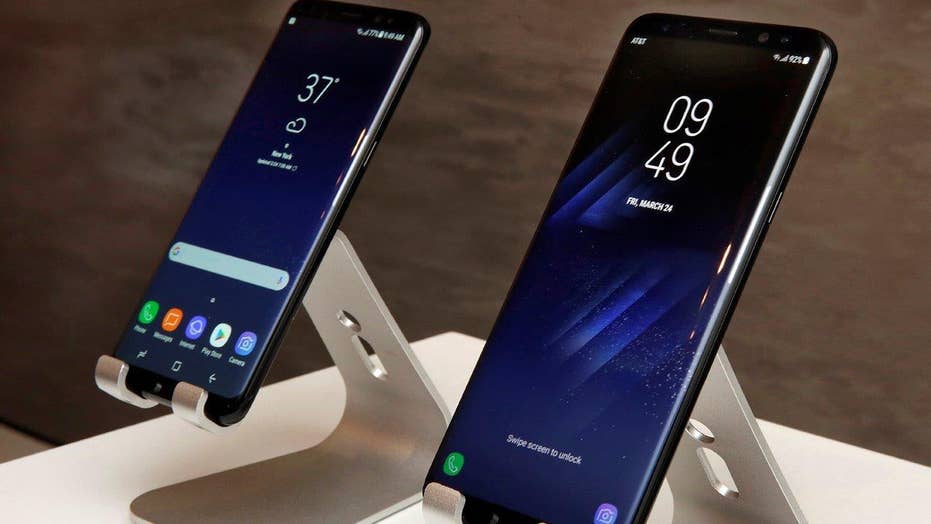 Can Samsung make a comeback with Galaxy S8?

Four4Four Tech: Samsung revealed the Galaxy S8 but can it repair the company's image after the previous exploding battery fiasco?

After a tumultuous twelve months which saw exploding phones, a plummeting stock price and executive turnover, Samsung hopes to turn its fortunes around with its latest product offerings.

The Galaxy S8 and the Galaxy S8+ are Samsung's first phones to have gotten rid of the standard home button. Instead, the home button is built into the screen, using pressure-sensitive hardware and software.

The S8 allows users to unlock their phones with facial recognition and iris recognition, perhaps making up for moving the fingerprint scanner to the back. It also has an 8-megapixel front-facing camera that includes face detecting autofocus, but it's the same sensor and lens seen on the S7.

In addition to eschewing a physical home button, Samsung is moving the fingerprint scanner to the back of the phone, while bringing Bixby, its voice assistant similar to Apple's Siri, to its smartphones for the first time.

Bixby, a new form of assistant, is integrated into the camera of the S8 for visual search, searching for images, identifying landmarks and letting users shop online. It also can make suggestions on apps to use based on location, time of day and learns habits over time.

Batteries on the S8 and S8+ are smaller than the S7 Edge from last year, but both phones will come with fast wired and wireless charging.

Samsung's president of mobile business DJ Koh touted the phones are just one part of a mobile strategy, highlighting Samsung's virtual reality experiences from the new Gear 360 camera and other offerings.

Samsung's new offerings are the first smartphones to get mobile HDR certification from the UHD alliance, with Amazon offering HDR support on the device. Samsung also has a number of cases that fold up into a triangle to let users watch content on their propped up phones.

Inside the S8 is a 10 nanometer processor, smaller and more efficient than previous chipsets. The U.S. version of ths S8 will use Qualcomm's Snapdragon 835, but other markets will use one of Samasung's own Exynos chips.

Unlike, Apple, which got rid of the headphone jack on the iPhone 7 and 7 Plus, Samsung's new S8 and S8+ still have a 3.5 mm connector and the phones will come with a set of AKG headphones in the box.

Samsung also unveiled its DeX dock, which turns the S8 smartphone into an actual computer and updated its Gear 360 camera, giving it a slimmer design, 4K and live video support.

In addition to the phones, DeX dock and the Gear 360 camera, Samsung unveiled a new Samsung Gear virtual reality headset, along with a controller. The new Gear VR will sell for $129 and ship in April.

GALAXY S8 LAUNCH: THE PRESSURE'S ON FOR SAMSUNG