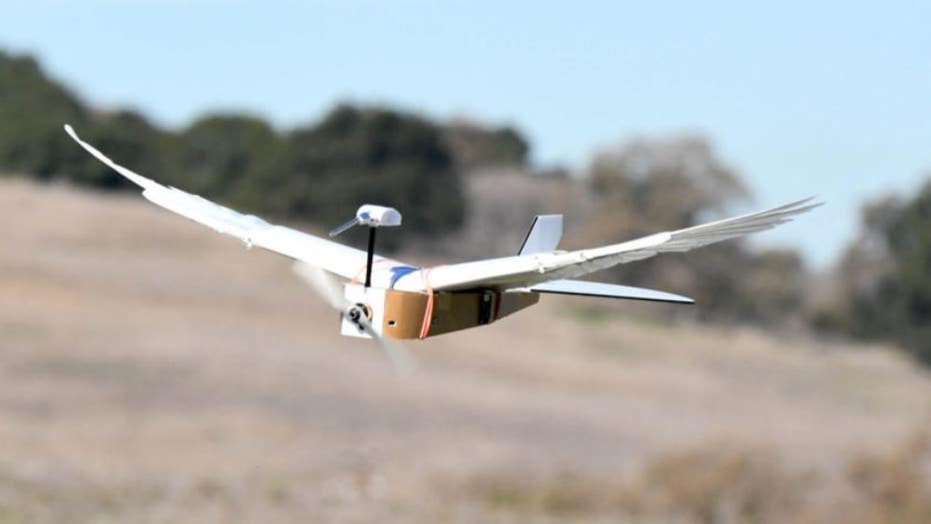 Could pigeons be the model for a new generation of flying robots?

That's what the researchers who built PigeonBot, a robotic pigeon with actual feathered wings, seem to be betting.

Having birdlike wings could help airborne machines make better turns in tighter spaces, such as in dense urban environments or forests, a roboticist who was not involved in the study explained to Science News.

Researchers extended or bent the wings of dead pigeons to determine how the birds control their wing shape.

A new robotic bird made with real pigeon feathers is the first robot that can change the shape of its wings like a bird. (Lentink Lab/Stanford Univ.)

As Science News reports, the experiments showed that the angles of two wing joints have the biggest impact on the alignment of a wing's flight feathers. The orientation of those feathers, which aid the bird in flight, help determine the wing’s shape.

TINY 'XENOBOTS' MADE FROM CELLS COULD ONE DAY HEAL OUR BODIES, CLEAN THE ENVIRONMENT

The scientists built a robot with real pigeon feathers, whose faux wrists and fingers can morph its wing shape -- as they had observed in the pigeon cadavers.

“What’s really cool about this robot is … you can make manipulations in a robot wing that you could never do or want to do in a bird” to study flight, says David Lentink, an engineer and biologist at Stanford University.

The new robot is described Thursday in Science Robotics.