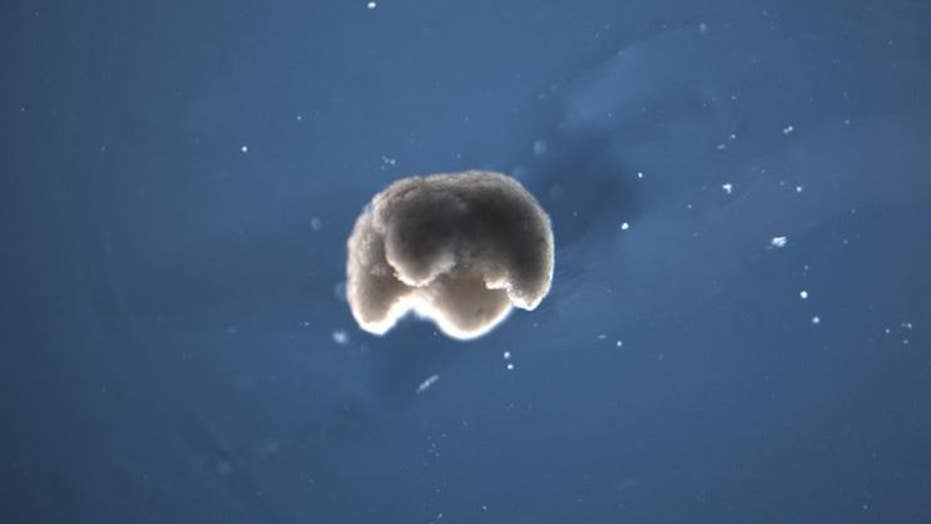 Scientists have created tiny machines comprised of biological materials that could one day heal our bodies or clean up the environment.

The "xenobot," which is 1 millimeter wide, is described as a "reconfigurable organism," according to research published Monday in the Proceedings of the National Academy of Sciences.

Although the tiny organisms can't reproduce, feed themselves or respond to stimuli, the authors still describe them as "lifeforms" or "living machines" due to the fact that they can feed off of energy supplied by their cells, move with intent and repair their injuries.

"These are novel living machines," Joshua Bongard, a computer scientist and robotics expert at the University of Vermont who co-led the new research, said in a piece published by the university. "They're neither a traditional robot nor a known species of animal. It's a new class of artifact: a living, programmable organism."

In their study, the team writes that this research for the first time ever "designs completely biological machines from the ground up."

The xenobots were designed on a supercomputer at the University of Vermont and then assembled and tested by biologists at Tufts University in Massachusetts.

"We can imagine many useful applications of these living robots that other machines can't do," said co-leader Michael Levin, who directs the Center for Regenerative and Developmental Biology at Tufts. "Like searching out nasty compounds or radioactive contamination, gathering microplastic in the oceans, traveling in arteries to scrape out plaque."

Tara Deans, a biological engineer and an assistant professor from the University of Utah who wasn’t involved with the new study, told Gizmodo that the work was significant because the authors “used the power of biology” to create “a 'living machine' based on the parameters they set,” namely the goal of movement.

“The examples of applications are endless,” Deans told Gizmodo. “Certainly this is a proof-of-concept paper, and there’s still a lot of work to do to get to major applications.”