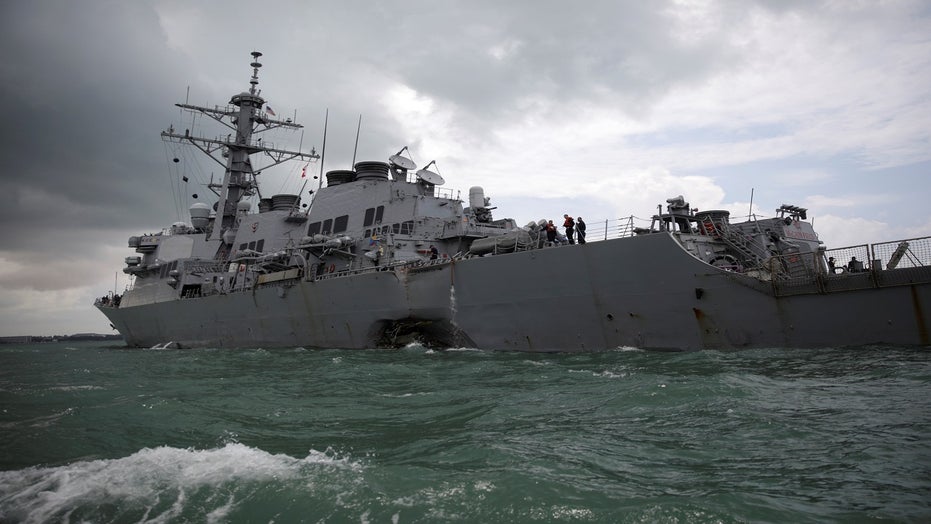 The United States Naval Institute website reported that the Navy will be reverting its destroyers back to a physical throttle and traditional helm control system over the next 18 to 24 months.

The USS Fitzgerald collided with a commercial ship off the coast of Japan in June 2017, killing seven U.S. sailors.  The USS John S. McCain collided with a merchant tanker near Singapore in August 2017. The collision caused heavy flooding to a berthing area and led to the deaths of 10 sailors.

An investigation into the USS McCain incident by the National Transportation Safety Board found that the most likely cause of the collision was "a lack of effective operational oversight of the destroyer ... which resulted in insufficient training and inadequate bridge operating procedures." The NTSB report, as well as an internal Navy investigation, noted that the destroyer’s touchscreen controls were complex and that sailors did not fully understand how the system worked.

"The U.S. Fleet Forces’ Comprehensive Review of the surface force incidents provided recommendations to improve surface ship bridge systems and integration,” a Navy spokesman told Fox News in an emailed statement. “The Navy is driving towards commonality across bridge configurations on surface ships, and where possible, standardize the layout and usability across ship classes.”

The spokesman explained that, as part of this effort, the Navy decided last year to consolidate acquisition authority for surface ship bridge systems and design within the Naval Sea Systems Command.