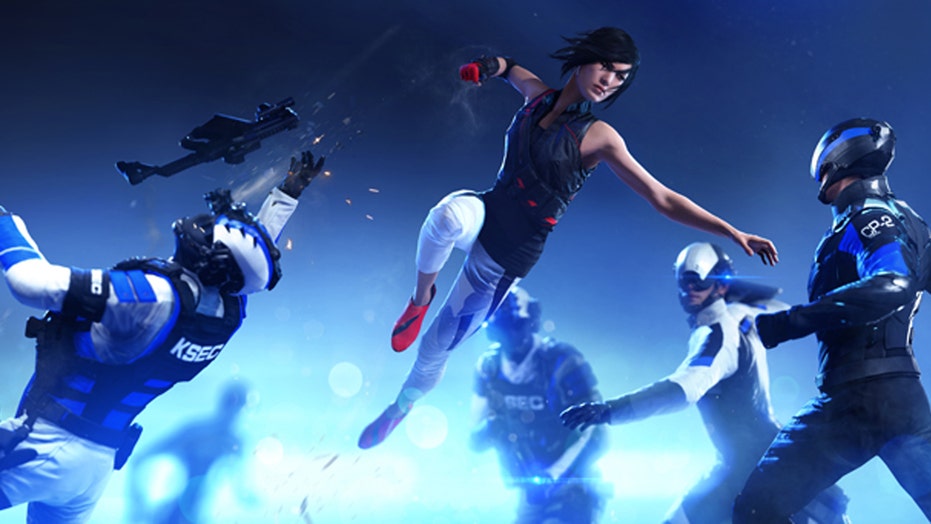 Fox Gamer: DICE's James Slavin on creating a game that puts the focus on fluid movement and combat rather than guns and superpowers

Premise:  “Mirror’s Edge” is a first-person shooter developed by EA. In this game, the player takes control of a character named Faith whose mission is to take down the “Big Brother” in control of a futuristic city. This group is named K-Sec, and they are the major threat.

Free Running: While traveling through the decent-sized city of Glass, the player is able to make his or her own path to the objective. The ability to free run makes the game distinct from other shooters by keeping the momentum at a constant. Long jumps, wall running, and sliding with some punches and kicks here and there are the moments when the game shines the most. The newest addition to the series is a grappling hook, which is fun to use and allows the player to reach heights and make jumps that would be impossible otherwise.

Design: The city of Glass is pretty abstract compared to most of the other open-world game designs. Most of Glass is white, allowing the game to outline crucial components and markers. While running through the city, a player will appreciate the view of the cleanest-looking city in a video game ever made. “Mirror’s Edge” use bright red indicators to hint where the player is supposed to go. This helps with the game’s pacing by keeping you moving at a faster pace, since it’s easier to read which way the objective is.

Bugs: Throughout playing “Mirror’s Edge,” I have found quite a few visual bugs. Mostly, they consist of laggy object effects— like if a vase were to fall, it would fall at a slow jumpy pace. It’s hard to notice if you aren’t paying attention to it, but it is mainly little things like that around the world. Other than that, the game runs at a smooth pace.

Combat: A big part of the game is being able to fight off the different enemies K-Sec throws your way. That being said, this game lacks a good fighting system. The fights are not exciting, and they are repetitive. Most consist of running circles around the enemies and trying to knock them into one another. There is a skill tree in the game, which consists of Movement, Combat, and Gear. I was very excited to first discover this when I started the game. A few minutes later I found out that a decent amount of the skills start off unlocked. Even for some that aren’t unlocked, you would gain them while playing instead of using skill points to unlock them. There just doesn’t seem to be a need for the skill tree in Mirror’s Edge.

Story: Though the game has great cinematic scenes, the story lacks depth and excitement. There isn’t much motivation besides the fact you would want to run around and do some cool stunts. I found myself rushing from mission to mission, just wanting to jump off more buildings.

The Verdict: “Mirror’s Edge Catalyst” is actually more enjoyable than the first of the series. Not too much has changed about the game since then, but I just found it more fun to play through. The game’s main focus is about the fact you can free run around the city, and that’s the most enjoyable part. If you liked the first, you will enjoy “Catalyst” just as much.