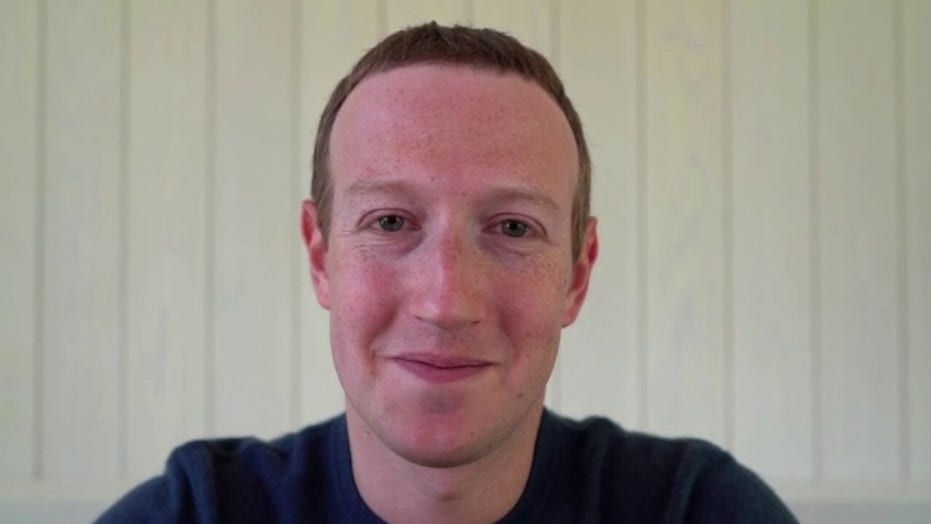 Facebook CEO Mark Zuckerberg on Friday evening addressed the social networking company’s decision not to censor a recent post by President Trump that seemed to suggest that looters should be shot amid protests last week that sparked after the death of George Floyd.

He said that while the company will continue to stand for free speech – even when he disagrees with what’s being said – he is also “committed to making sure we also fight for voter engagement and racial justice too.”

Zuckerberg's letter comes after some Facebook employees who have been reluctant to speak out in the past called out his decision to leave online Trump’s tweet that said, "When the looting starts, the shooting starts.” It was a reference to protests in Minneapolis over Floyd, a black man who died in police custody last week when a white officer kneeled on his neck for several minutes.

Some employees have also skipped work in protest, Politico reported.

Zuckerberg said that based on feedback from employees and civil rights groups, Facebook will review its policies “allowing discussion and threats of state use of force,” voter suppression and if there are other options besides the “binary” choice of leaving up or taking down a post deemed to be in violation.

“I know many of you think we should have labeled the President's posts in some way last week,” he wrote. “Our current policy is that if content is actually inciting violence, then the right mitigation is to take that content down -- not let people continue seeing it behind a flag. There is no exception to this policy for politicians or newsworthiness. I think this policy is principled and reasonable, but I also respect a lot of the people who think there may be better alternatives, so I want to make sure we hear all those ideas.”

He said the company would also work to be more transparent and focus on having diverse voices involved in decision making.

His letter said Facebook is working to build products to advance racial justice and a voter hub to "double down" on their get-out-the-vote efforts.

He ended by saying, “To members of our Black community: I stand with you. Your lives matter. Black lives matter… I'm looking forward to making progress together over the coming weeks and months.”

The accounts were linked to the Proud Boys and the American Guard, which are already banned on Facebook.

“We saw that these groups were planning to rally supporters and members to physically go to the protests and in some cases were preparing to go with weapons," said Brian Fishman, Facebook's director of counterterrorism and dangerous organizations policy.