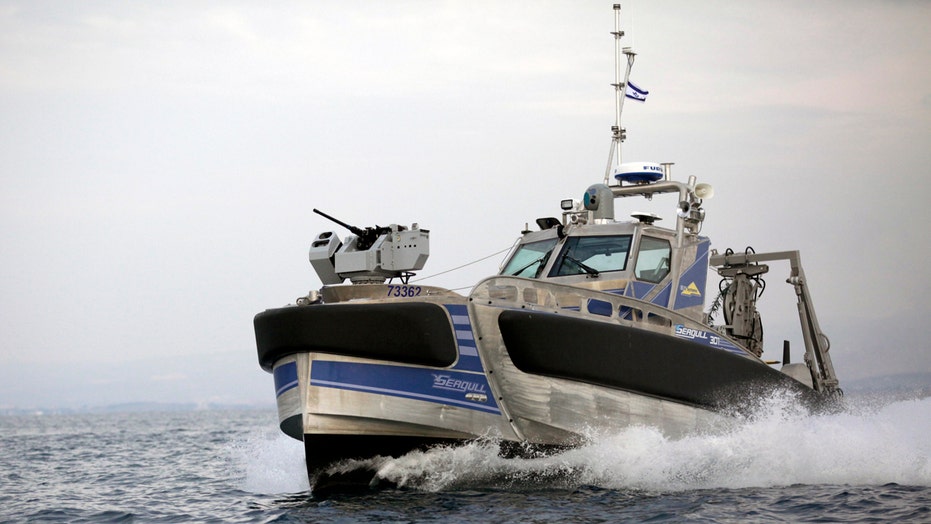 Seagull, a 39.4-feet long Unmanned Surface Vessel (USV), was unveiled Monday.  “The system provides unmanned end-to-end mine hunting operation taking the man out of the mine field,” explained Elbit, in a press release. The system, it added, can also operate underwater vehicles to identify and destroy mines.

Two Seagull vessels can be operated using a single control system, from either manned ships or the shore, according to Elbit.

“Seagull changes the dynamics of anti-submarine operations by creating a threat to submarines using a cost-effective and available asset, replacing and augmenting manned assets with minimal threat from submarines,” added Elbit Systems, in its press release.

The ship uses a patented Autonomous Navigation System (ANS), which enables it to avoid obstacles and takes into account international regulations for preventing collisions at sea.

A number of militaries are testing unmanned vessels. The U.S. Navy, for example, has already demonstrated drone boats that could swarm a threat vessel and overwhelm it.