Furious Chinese Communists have begun arresting innocent Canadians in retaliation. So far, three of these “revenge hostages” have been taken and are being held in secret jails on vague charges. Beijing hints that the hostage count may grow if Meng is not freed and fast.

Even for a thuggish regime like China’s, this kind of action is almost unprecedented.

So who is Meng Wanzhou? 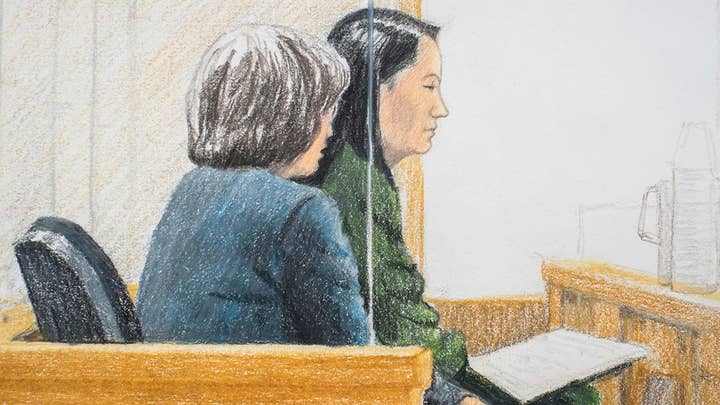 Currently under house arrest and awaiting extradition to the US, she will face charges that her company violated US sanctions by doing business with Iran and committed bank fraud by disguising the payments it received in return.

But to say that she is the CFO of Huawei doesn’t begin to explain her importance — or China’s reaction.

It turns out that “Princess” Meng, as she is called, is Communist royalty. Her grandfather was a close comrade of Chairman Mao during the Chinese Civil War, who went on to become vice governor of China’s largest province.

She is also the daughter of Huawei’s Founder and Chairman, Ren Zhengfei. Daddy is grooming her to succeed him when he retires.

In other words, Meng is the heiress apparent of China’s largest and most advanced hi-tech company, and one which plays a key role in China’s grand strategy of global domination.

Huawei is a leader in 5G technology and, earlier this year, surpassed Apple to become the second largest smartphone maker in the world behind Samsung.

But Huawei is much more than an innocent manufacturer of smartphones.

It is a spy agency of the Chinese Communist Party.

How do we know?

Because the party has repeatedly said so.

First in 2015 and then again in June 2017, the party declared that all Chinese companies must collaborate in gathering intelligence.

All Chinese companies, whether they are private or owned by the state, are now part and parcel of the party’s massive overseas espionage campaign.

Huawei is a key part of this aggressive effort to spy on the rest of the world. The company’s smartphones, according to FBI Director Christopher Wray, can be used to “maliciously modify or steal information,” as well as “conduct undetected espionage.” Earlier this year the Pentagon banned the devices from all US military bases worldwide.

But Huawei, which has been specially designated as a “national champion,” has an even more important assignment from the Communist Party than simply listening in on phone conversations.

As a global leader in 5G technology, it has been tasked with installing 5G “fiber to the phone” networks in countries around the world.

In fact, “Made in China 2025” — the party’s aggressive plan to dominate the cutting-edge technologies of the 21st century — singles out Huawei as the key to achieving global 5G dominance.

Any network system installed by a company working hand-in-glove with China’s intelligence services raises the danger of not only cyber espionage, but also cyber-enabled technology theft.

And the danger doesn’t stop there.

The new superfast 5G networks, which are 100 times faster than 4G, will literally run the world of the future. Everything from smartphones to smart cities, from self-driving vehicles to, yes, even weapons systems, will be under their control.

In other words, whoever controls the 5G networks will control the world — or at least large parts of it.

Huawei has reportedly secured more than 25 commercial contracts for 5G, but has been locked out of an increasing number of countries around the world because of spying concerns.

The “Five Eyes” — Great Britain, Canada, New Zealand, Australia, and the US — have over the past year waged a concerted campaign to block the Chinese tech giant from dominating next-generation wireless networks around the world. Not only have they largely kept Huawei out of their own countries, they have convinced other countries like Japan, India and Germany to go along, too.

Whoever controls the 5G networks will control the world — or at least large parts of it.

Yet Huawei is far from finished. The company has grown into a global brand over the past two decades because, as a “national champion,” it is constantly being fed and nourished by the party and the military with low-interest-rate loans, privileged access to a protected domestic market, and other preferential treatment.

Huawei stands in the same relationship to the Chinese Communist Party as German steelmaker Alfried Krupp did to Germany’s National Socialists in the days leading up to WWII.

Just as Germany’s leading supplier of armaments basically became an arm of the Nazi machine after war broke out, so is China’s leading hi-tech company an essential element of the party’s cold war plan to dominate the world of the future.

As far as “Princess” Meng is concerned, I expect that she will be found guilty of committing bank fraud, ordered to pay a fine, and then released. Even a billion dollar fine would be chump change for a seventy-five-billion-dollar corporation like Huawei.

The real payoff of her arrest lies elsewhere. It has exposed the massive campaign of espionage that Huawei is carrying out around the world at the behest of the Party. It has revealed how that Party dreams of a new world order in which China, not America, is dominant.

Steven W. Mosher is the President of the Population Research Institute and the author of “Bully of Asia: Why China’s Dream is the New Threat to World Order.”

Writer Steven W. Mosher is the President of the Population Research Institute and the author of “Bully of Asia: Why China’s Dream is the New Threat to World Order.”