The House Intelligence Committee heard from artificial intelligence experts in a meeting Thursday over the potential threat “deepfake” technology could pose on America’s national security leading up to the 2020 presidential election.

The video sparked concern with lawmakers who fear such tech trickery could interfere with the public's assessment of candidates leading up to the 2020 election.

"Not only may fake videos be passed off as real, but real information can be passed off as fake," Rep. Adam Schiff, D-Calif., the committee chairman, said. "It is increasingly difficult for the public to determine what is true."

Schiff said the Pelosi video "demonstrates the scale of the challenge we face." But he said he fears a more "nightmarish scenario," with these video spreading disinformation about a political candidate and the public struggling to separate fact from fiction.

Creating convincing fabricated videos once required expensive equipment and software, but now "a high school student with a good computer" can do it, according to David Doermann, a former official with the Defense Advanced Research Projects Agency (DARPA), a unit of the Pentagon, who spoke at the hearing.

The altered video of Pelosi, which was viewed more than 3 million times on social media, gave only a glimpse of what the technology can do. Experts dismissed the clip as nothing more than a "cheap fake," but another more realistic video of Facebook’s Mark Zuckerberg circulated social media this week. The short clip posted on Instagram, a platform owned by Facebook, supposedly shows Zuckerberg speaking directly into the camera and boasting of his company’s supposed control of people’s data. 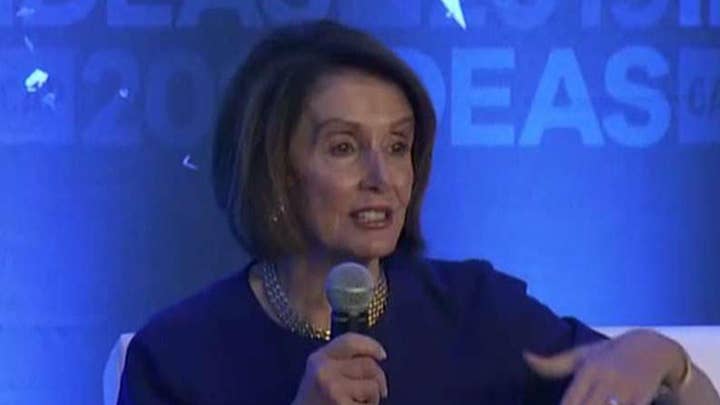 At the hearing, the committee showed a few examples of “deepfake” videos, including a “face-swap” created by a researcher at the University of California at Berkeley that depicts the face of Sen. Elizabeth Warren, D-Mass., on the body of a "Saturday Night Live" actor, the Bay Area's FOX 2 reported.

Tech analyst Larry Magid told lawmakers that social media users need to pay attention to the sources of fabricated videos before sharing them. He also suggested that tech companies revise their policies to better curate content and decipher what is real and what is fake.

That idea drew skepticism from the committee's top Republican, Rep. Devin Nunes of California, who raised concerns about granting too much authority to tech giants such as Facebook and Twitter to make judgment calls about content. He claimed current filters have a pro-liberal bias.

U.S. intelligence officials have repeatedly warned about the threat of foreign meddling in American politics, especially in the lead-up to elections.

U.S. officials determined Russia carried out a sweeping political disinformation campaign on U.S. social media to influence the 2016 election. The director of national intelligence, Dan Coats, has said Russia attempted to meddle in the 2018 midterm elections but was unsuccessful.

Fox News' Lukas Mikelionis and the Associated Press contributed to this report.