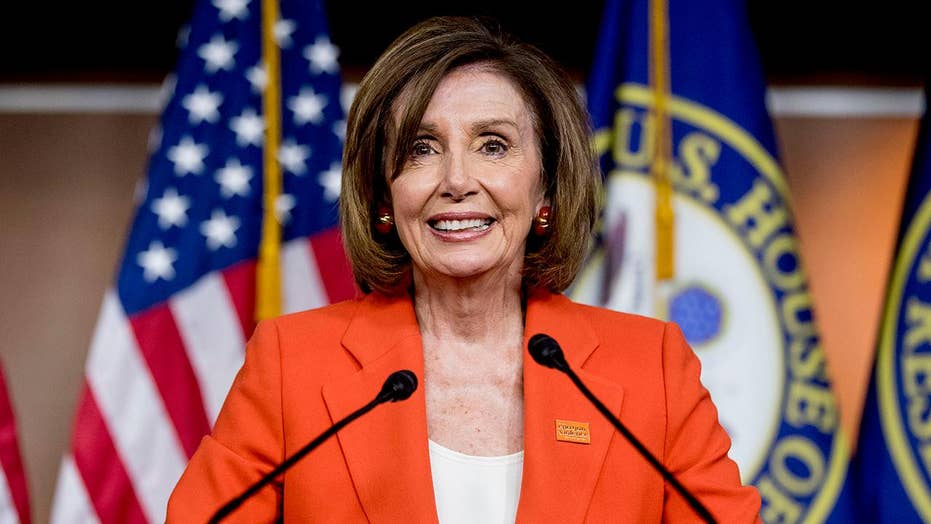 The Trump supporter denies that he's responsible for the video and says he plans to sue those who shared his information; reaction and analysis on 'The Five.'

A doctored video of Facebook’s Mark Zuckerberg is being circulated amid criticism that the tech giant isn’t doing enough to combat disinformation.

A short clip posted on Instagram, a platform owned by Facebook, supposedly shows Zuckerberg speaking directly into the camera and boasting of his company’s supposed control of people’s data.

“Imagine this for a second: one man, with total control of billions of people’s stolen data, all their secrets, their lives, their futures,” he appears to say, before referring to a fictional evil organization in the James Bond movie series. “I owe it all to Spectre. Spectre showed me that whoever controls the data controls the future.”

“Imagine this for a second: one man, with total control of billions of people’s stolen data, all their secrets, their lives, their futures. I owe it all to Spectre. Spectre showed me that whoever controls the data controls the future.”

The existence of the so-called “deepfake” video of Zuckerberg was first reported by VICE. It comes amid a controversy over a doctored video of House Speaker Nancy Pelosi that made her appear as if she was drunkenly slurring her speech.

Artists Bill Powers and Daniel Howe apparently created the video using artificial intelligence technology that allows to create hardly distinguishable fake content. The clip was likely created as a test for Facebook rather than a genuine attempt at deceiving people.

“If third-party fact checkers mark it as false, we will filter it from Instagram’s recommendation surfaces like Explore and hashtag pages,” Stephanie Otway, a spokeswoman for the company, told the New York Times.

Facebook refusal to take down the Pelosi video prompted an outcry among prominent Democrats, including Hillary Clinton, who said the video was “sexist trash.”

Pelosi, meanwhile, said she’s no longer giving Facebook the benefit of doubt that it is “unwittingly” spreading false information. She said Facebook is serving an accomplice and enabler of false information and Russian elections interference.

But Facebook’s Head of Product Policy and Counterterrorism Monika Bickert said that users are being told that the video is false when they view or share it.

The company does not prohibit false information from being shared on its service. Instead, the company says it “downranks” such material to make it less prominent in people’s news feeds and more difficult to find. It also employs outside fact-checkers to determine the veracity of questionable material. It includes such fact checks around the disputed articles and videos but does not directly label them as false.