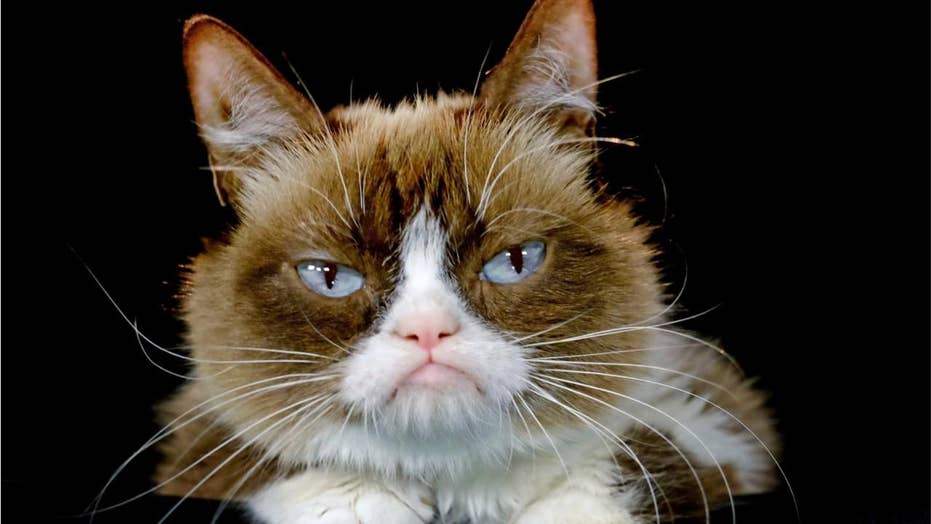 Grumpy Cat, the feline whose permanent scowl turned her into an overnight Internet sensation, has died. She was 7.

Grumpy Cat may be gone, but the memes that helped propel her to fame live on.

Grumpy Cat, whose real name was Tardar Sauce, died on Tuesday due to “complications from a recent urinary tract infection,” her owners shared in a statement posted to the feline’s official social media accounts on Friday. She was 7.

“Despite care from top professionals, as well as from her loving family, Grumpy encountered complications from a recent urinary tract infection that unfortunately became too tough for her to overcome,” the family's statement read.

HOW MUCH WAS THE GRUMPY CAT WORTH?

“Grumpy Cat has helped millions of people smile all around the world,” it continued.

Grumpy, who has 2.4 million followers on Instagram, inspired some of the most popular memes on social media after her permanent displeased expression was first shared on Reddit six years ago, per The New York Times.

The feline quickly went viral, spawning a countless number of memes. The cat’s popularity surged to such heights she was later named the Friskies’ official “spokescat,” per the newspaper, which also noted she later starred in a Lifetime Christmas movie called “Grumpy Cat’s Worst Christmas Ever” and once graced the cover of New York Magazine.

While there have been discrepancies over how much the feline was reportedly worth. Estimates have ranged from $1 million to $100 million, though her owner, Tabatha Bundesen, later denied the latter amount in an interview with the Huffington Post.

Following the news of the cat’s death, many people took to social media to share some of the feline’s funniest moments.