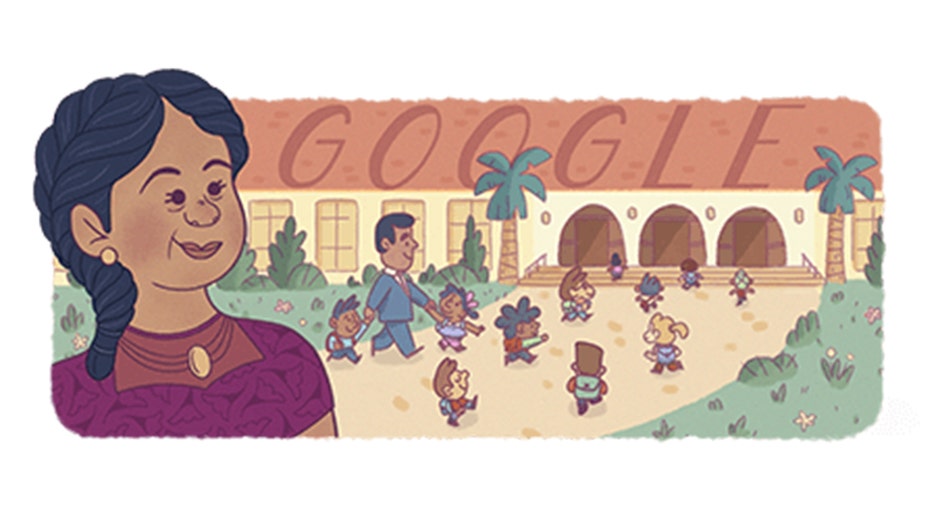 Felicitas Mendez was honored Tuesday with a Google Doodle celebrating her work as a civil rights pioneer to mark the first day of Hispanic Heritage Month.

Mendez, who was born in Puerto Rico in 1916, successfully fought school segregation in California in the 1940s alongside her husband, Gonzalo, a Mexican immigrant.

Their three children in 1944 were denied entry into a school in Westminster, a city in Orange County, because of their ethnicity. Mendez, her husband, and four other families sued the school district in a case that became known as Mendez v. Westminster.

In February 1946, a federal district court ruled that the school districts had violated the civil rights of Mexican-Americans. The ruling helped pave the way for the Supreme Court’s landmark decision seven years later in Brown v. Board of Education, which ruled that racial segregation in public schools was unconstitutional.

The doodle features Mendez looking over her shoulder as Gonzalo walks their three children to school alongside children of all colors.

Emily Barrera, the Google Doodle artist who drew the picture, said she hopes the picture will help start a conversation that Hispanic heritage is also American heritage.

“We’re all in this together, we’re all part of this country and we all deserve the same opportunities and chances,” she said.