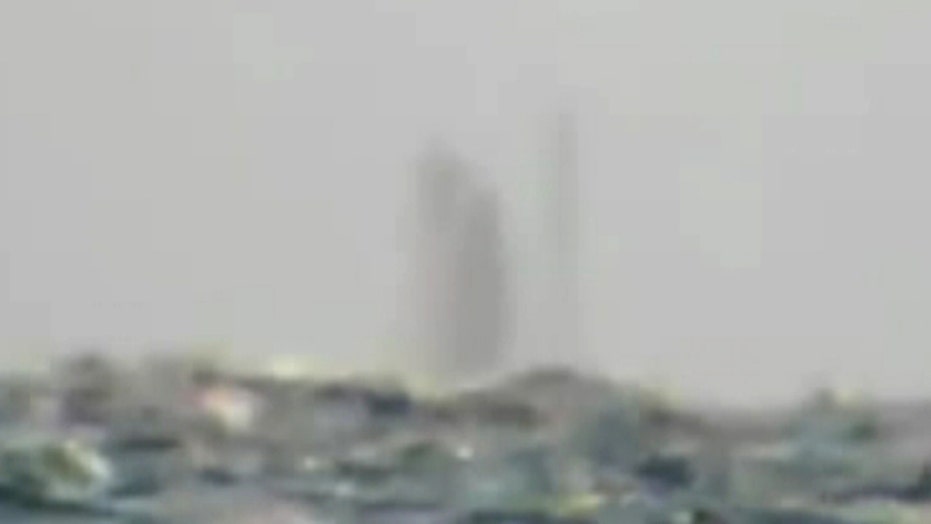 Mysterious object spotted on Lake Superior, man who captured video claims it was a 'ghost' ship, while some who witnessed the sighting believe it was Jesus Christ walking on water

A video posted to YouTube has garnered nearly half a million views because it shows a mysterious spectre on one of the Great Lakes.

The image in the one-minute video— which is titled “Ghost Ship Appears on Lake Superior” and was posted by a user named Jason Asselin—  looks like two vertical structures side by side, located above and behind the white-capped waves.

Plenty of ships have traveled the waters of the Great Lakes, and plenty have sunk, too. According to the Great Lakes Shipwreck Historical Society, Lake Superior is home to an estimated 550 wrecks or so, and there are more than 6,000 shipwrecks in the Great Lakes as a whole.

But while some might imagine a ghost ship that has risen up from an underwater graveyard, one commenter suggested below the video that what it showed was a “Fata Morgana,” or a type of mirage.

The video comes on the heels of another strange video, also from Michigan, that purports to show a figure that some have compared the mythical Bigfoot. And in September, a widely circulated photograph out of Scotland depicted something that some said was the Loch Ness Monster.